Rebellious Times | 1919: The Great Labour Revolt and Alberta’s Summer of ‘86

Join us for a viewing of the films 1919: The Great Labour Revolt and Alberta’s Summer of ‘86 followed by a performance from Maria Dunn and a panel discussion.

END_OF_DOCUMENT_TOKEN_TO_BE_REPLACED 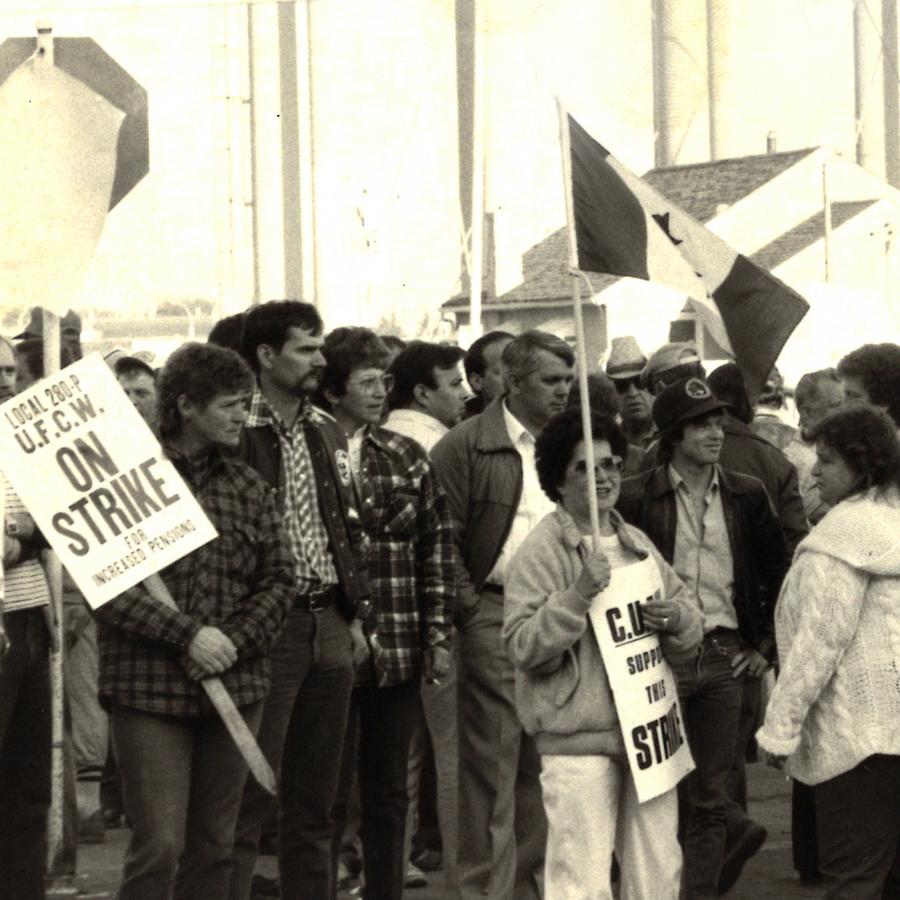 Image courtesy of the UFCW, The Gainers strike, 1986.

In conjunction with our exhibition Rebellious: Alberta Women Artists in the 1980s, we bring you an afternoon of film, live music from songwriter Maria Dunn and an engaging discussion moderated by Andrea Hasenbank. The speakers, Hasebank, Alvin Finkel and Vicky Beauchamp will talk about labour activism in the 1980s and the rebellious women at the forefront, the legacy of historic labour struggles in Canada and their ongoing importance.

1919: The Great Labour Revolt
An international uprising of workers followed World War I. The best known Canadian manifestation was the Winnipeg General Strike. Less known is that Alberta workers joined the 1919 uprising against capitalist exploitation and economic instability with two general strikes in Edmonton and Calgary, and a shutdown of the province’s large coal-mining sector. This film uses the workers’ words to tell the story of why they chose to revolt and call for a different power structure in which workers’ needs would outweigh capitalists’ unlimited demands for profits. We hear from miners, telephone operators, packinghouse workers, nurses, housewives, and organizers of restaurant workers, among others, about what life was like for working people and how they envisioned taking matters into their own hands to change everything.

Alberta’s Summer of ‘86
This documentary by the Alberta Labour History Institute presents oral histories from the wave of Labour unrest that swept Alberta in 1986, culminating with the violent picket line confrontations during the Gainer’s meatpacking strike.