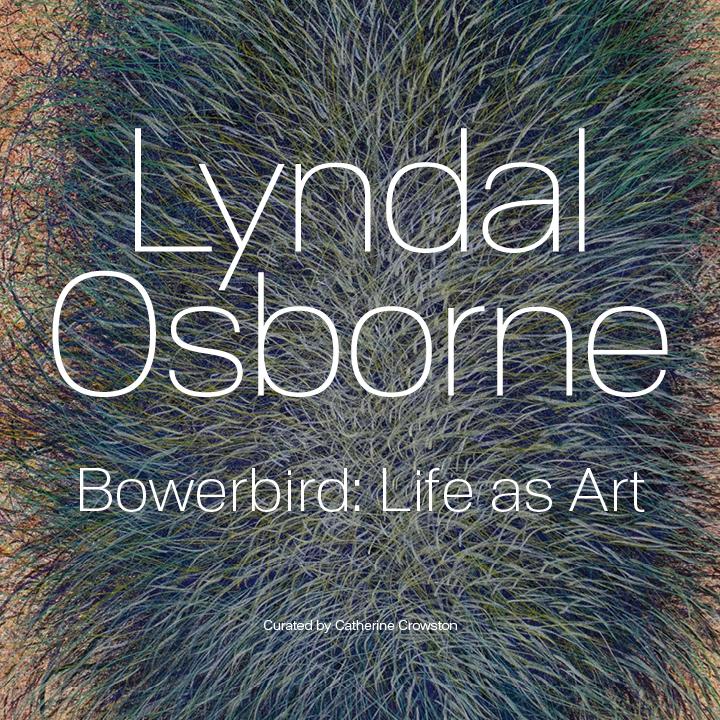 Price: $25 Lyndal Osborne Bowerbird: Life as Art is a survey exhibition of the work of Edmonton artist Lyndal Osborne. The exhibition traces the almost 40-year career of this nationally renowned artist, starting with early print works from the mid-1970s to the complex, multi-component installations of the present day. Curated by Catherine Crowston | Essays by David Garneau and Melinda Pinfold Published in conjunction with the exhibition, Bowerbird: Life as Art February 1–April 27, 2014. ISBN 9781771790048 Softcover | 68 pp | 40 color photographs 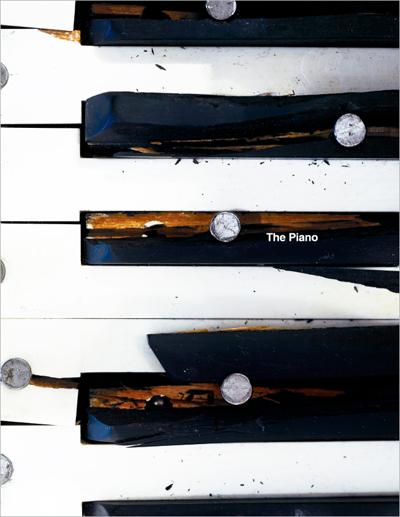 Price: $25 Visual artists have approached the piano in non-traditional and unconventional ways, often continuing the experimental and iconoclastic tendencies of the early musical avant-garde and the work of musicians such as Erik Satie and John Cage. The exhibition, The Piano, featured sculptures, performances and video installations by Canadian and international artists that have been produced over the last few decades, including works by: Stan Douglas, Rodney Graham, Tim Lee, George Maciunas, Katie Paterson, Michael Snow and more. Curated by Barbara Fischer and Catherine Crowston | Essays by Diedrich Diederichsen and William Wood Published in conjunction with the exhibition, The Piano May 25 – August 18, 2013. ISBN 978-1-77179-7 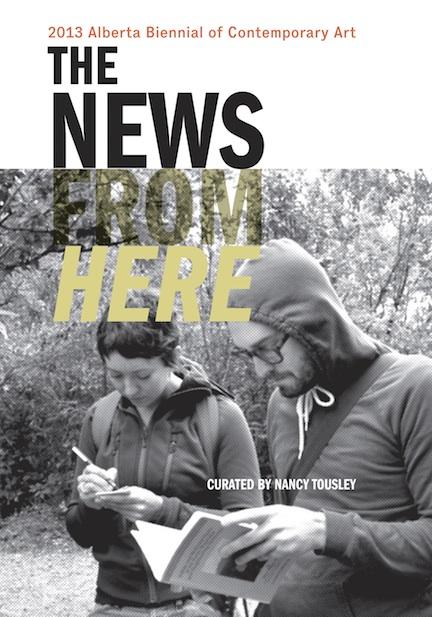 The News From Here: The 2013 Biennial of Contemporary Art

Price: $15 THE NEWS FROM HERE: The 2013 Alberta Biennial of Contemporary Art represents the diversity of Alberta’s contemporary art practices and investigations, and provides a framework through which we can see how contemporary art is shaped by and shapes different perceptions of time and place. The exhibition has been curated by long-time Alberta resident, Nancy Tousley, who has watched and documented the Alberta art community since the late 1970s, making an immense contribution to our knowledge and understanding of art in the province as well as beyond. ISBN 978-0-88950-170-6 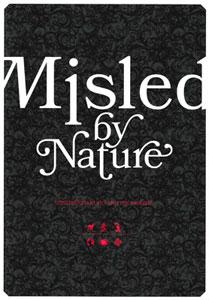 Misled by Nature: Contemporary Art and the Baroque 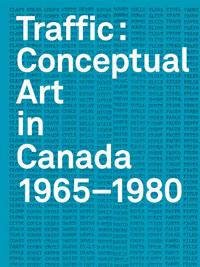 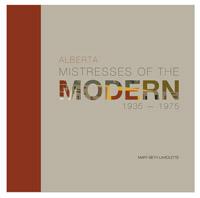 Price: $40 Alberta Mistresses of the Modern: 1935-1975 sheds light on the establishment of modernism in the province of Alberta and reveals the fundamental role that women artists played in the development of early forms of abstraction. Living largely in Edmonton and Calgary, these artists were a pioneering generation of women artists, helping to sow Alberta’s strong cultural roots and building the vibrant visual arts community that has come to characterize our province today. Published in conjunction with the exhibition, Alberta Mistresses of the Modern: 1935-1975. Curated by Mary-Beth Laviolette and presented at the Art Gallery of Alberta, 10 March–3 June, 2012.
ISBN 978-0-88950-164-5 Hardcover | 80 pp | 27 colour and 15 black and white photographs 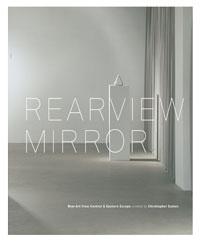 Price: $45 REARVIEW MIRROR: New Art from Central & Eastern Europe is a large thematic exhibition that brings together the work of a new generation of artists from Central and Eastern Europe. Looking both to the past and to the future, the works by the 22 artists in the exhibition engage post-conceptual strategies and forms, and collectively challenge accepted notions of Eastern Europe as a social, political and art historical monolith. Published in conjunction with the exhibition REARVIEW MIRROR: New Art from Central & Eastern Europe, curated by Christopher Eamon and co-presented by the Art Gallery of Alberta (January 28 – April 29, 2012) and The Power Plant, Toronto (July 1 – September 5, 2011). ISBN 978-0-88950-160-7 28.7 x 23.7 cm Hardcover | 99pp | 22 colour & 12 black and white photographs 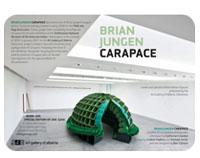 Price: $40 Signed and numbered special edition of 200: $200 BRIAN JUNGEN: Carapace documents one of Brian Jungen’s largest works, Carapace. Initially created in early 2009 for the FRAC des Pays de la Loire, France, Jungen then completely reconfigured Carapace for his solo exhibition at the Smithsonian National Museum of the American Indian, Washington, in the summer of 2010. In January 2011, for the Art Gallery of Alberta, Edmonton, Jungen created a new and ultimately final configuration of Carapace. Following the close of the exhibition, the plastic recycling bins that were used to construct Carapace were re-formed into slipcovers for the special edition of the publication. A limited edition of 200 books (signed, numbered and with recycled plastic slipcovers) will be available. 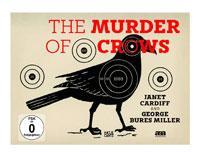 Janet Cardiff and George Bures Miller: The Murder of Crows

Price: $60 (includes installation DVD) Featuring artists' Janet Cardiff and George Bures Miller and their explorations into the experience of the sculptural and physical qualities of sounds. This 98 speaker sound and mixed-media installation explores trauma – both collective and personal – through a sequence of narrative fragments tied together by recorded music, song, voices and other sounds. The Murder of Crows publication was produced to complement an exhibition at the Art Gallery of Alberta, January 29 – May 9, 2010. Includes text Carolyn Christov-Bakargiev and a DVD. ISBN 978-3-7757-3177-5 17 x 23.5 cm Hardcover | 111 pp 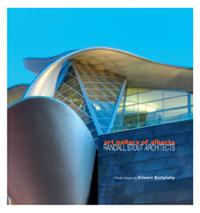 Price: $55 The book documents the various stages of the construction of the new Art Gallery of Alberta building, designed by Randall Stout Architects. Structured in reverse chronology, the book begins with the final built structure, and moves back in time through construction, design, inspiration and ends with a brief history of the Art Gallery of Alberta prior to the move to its new home in 2010. The book also features a special photo essay by renowned Canadian artist Edward Burtynsky, commissioned by the AGA at the beginning of construction in 2008. This book elucidates some of the complexity of the new Art Gallery of Alberta and its construction, revealing how words and ideas became a building. ISBN 978-0-88950-152-2 183pp | 102 colour & 22 black and white photographs 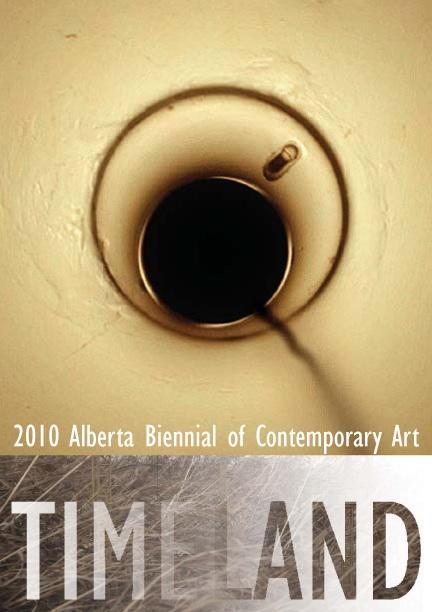 Price: $10 “Timeland” speaks to a geography of the past and the future, the old and new. As a theme for the 2010 edition of the Alberta Biennial, curated by Canadian Art Editor and independent curator Richard Rhodes, it is also a conceptual guide for an exhibition that blends both emerging and established generations of artists to create a snapshot of the vitality of the contemporary Alberta art scene. ISBN 978-0-88950-153-9 Softcover | 77 pp | 23 colour photographs 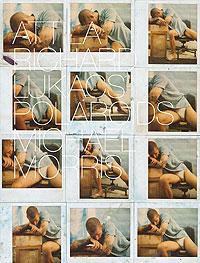 Price: $60 A co-publication between Arsenal Pulp Press, Presentation House Gallery of North Vancouver, and the Art Gallery of Alberta in Edmonton, this will be the first book to document the work of this important artist, from an unusual perspective―a collection of some 1,200 full-colour Polaroid images (twelve per page) taken by Lukacs over the past twenty years as core referents for his paintings, assembled and collaged by Vancouver artist and curator Michael Morris. The book will feature essays by award-winning author Michael Turner (Hard Core Logo, The Pornographer's Poem); Scott Watson, director of the Morris & Helen Belkin Gallery in Vancouver; and Vince Aletti, the American curator, critic, and journalist. Stunning and bold, Polaroids: Attila Richard Lukacs and Michael Morris is a remarkable visual and written document on Lukacs, one of Canada's greatest artists working today, and his unique collaboration with Morris, a hugely important artist in his own right. ISBN 978-1-55152-295-1 Hardcover | 176 pp | 1,200 colour photographs 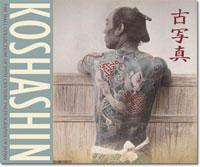 KOSHASHIN: The Hall Collection of 19th Century Photographs of Japan

Price: $35 In the decades following the invention of photography in 1839, European photographers traveled to Asia, documenting cultures and landscapes with a realism previously unknown. Employing cumbersome large format cameras and delicate paper or glass plate negatives, these intrepid photographers captured the first images of Japan after it had been closed to the West for over 200 years. A distinctive style of photography developed in Japan. Koshashin (Japanese for ‘old photography’) features a selection of over 200 of these delicately hand-coloured albumen prints by photographers such as:  Raimund von Stillfried, Felice Beato, Uchida Kuichi and Kusakabe Kimbei. This exhibition explores this remarkable period in photography, when Japanese culture was represented to the west. The works are drawn from The Hall Collection, an Edmonton private collection that is one of the largest private collections of these images in the world. ISBN 978-1-55152-295-1 Hardcover | 176 pp | 1,200 colour photographs 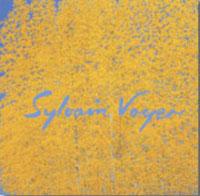 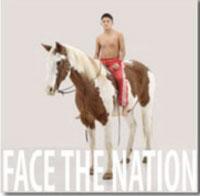 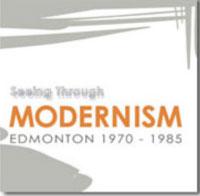 Price: $10 This publication examines the people and ideas that shaped the Edmonton art community in the 1970s and early 1980s and traces the important links and divergences between The Edmonton Art Gallery (now the Art gallery of Alberta) and the University of Alberta during these years, which continue to be felt today. Produced to accompany an exhibition curated by Anne Whitelaw and presented by the Art Gallery of Alberta at the AGA and the Fine Arts Building Gallery, University of Alberta (March 1– May 31, 2008). ISBN 978-0-88950-148-5 21.5 x 21.5 cm Paperback | 65 pp | 25 colour and 10 B&W photographs 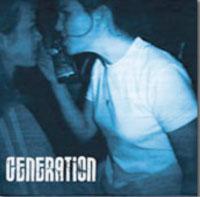 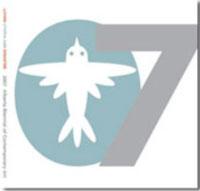 The 2007 Alberta Biennial of Contemporary Art: Living Utopia and Disaster

Price: $10 Featuring the work of 22 Alberta artists, this publication was produced to complement an exhibition curated by Catherine Crowston and Sylvie Gilbert and co-presented by the Art Gallery of Alberta and the Walter Phillips Gallery at the Banff Centre (June 23, 2007 – January 6, 2008). Essay by Donna Brunsdale and Gary Burns The catalogue also Includes a special section In celebration of the work of Alex Janvier, curated by Donna Wawzonek and presented by the Art Gallery of Calgary (August 31, 2007 – January 6, 2008). Essay by Donna Wawzonek ISBN 978-0-88950-146-1 21.5 x 21.5 cm Paperback | 79 pp | 63 colour photographs 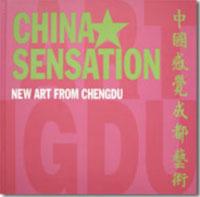 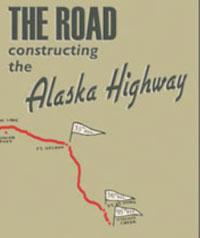 The Road: Constructing the Alaska Highway

Price: $40 Visual impressions of the Alaska Highway from its construction during World War II to the presented day, by artists, photographers and filmmakers. This publication was produced to accompany a national touring exhibition, curated by Catherine Crowston and Andrew Hunter, and presented by the Art Gallery of Alberta (June 10, 2005–June 11, 2006). History by Kenneth Coates . Essays by Andrew Hunter and Catherine Crowston ISBN 978-0-88950-143-0 25 x 20.3 cm Paperback | 159pp | 96 colour and 63 B&W photographs 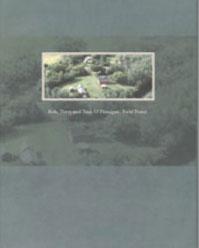 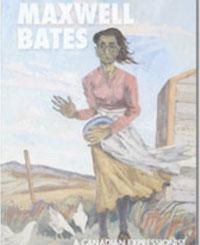 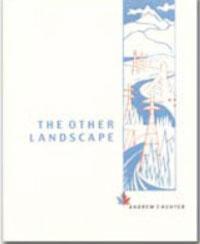 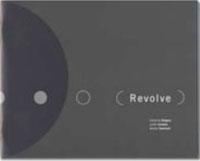