Dr. Charmaine A. Nelson, the William Lyon Mackenzie King Visiting Professor of Canadian Studies at Harvard University (2017-2018), will discuss Black-Indigenous relations in Canada through the lens of eighteenth-century fugitive slave advertisements in Quebec.

END_OF_DOCUMENT_TOKEN_TO_BE_REPLACED 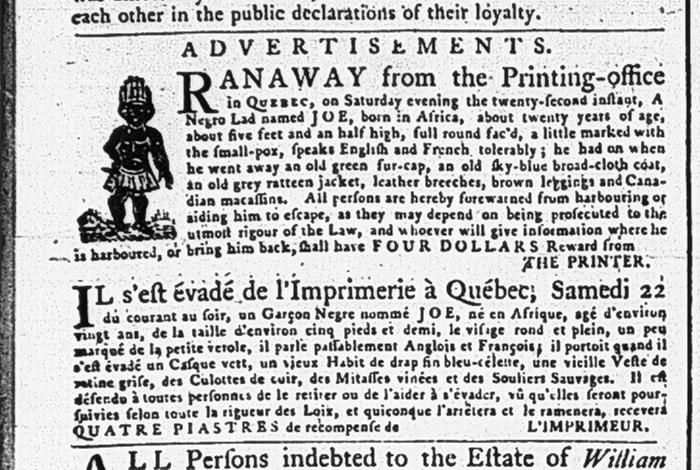 Dr. Charmaine A. Nelson, the William Lyon Mackenzie King Visiting Professor of Canadian Studies at Harvard University (2017-2018), will discuss Black-Indigenous relations in Canada through the lens of eighteenth-century fugitive slave advertisements in Quebec. Dr. Nelson’s lecture is organized in conjunction with Turbulent Landings: The NGC 2017 Canadian Biennial, whose themes relate to the consequences of ‘landings’ – of colonialism, slavery and other forced migrations.

Find out more about this lecture:

Found throughout the Transatlantic World, fugitive slave advertisements demonstrate the ubiquity of African resistance to slavery. Produced by white slave owners seeking to recapture their runaways, standardized images of male and female slaves became a staple of such print advertisements. However, the more complex textual descriptions were also fundamentally visual. Besides noting things like names, speech, accents, language, and skills, fugitive notices frequently recounted the dress (hairstyles, adornment, clothing, piercing, tattooing etc.), branding, scarification, complexion, height, body type, mannerisms, physical habits, and even the expressions of runaways. While a vast and regionally-specific secondary literature studying American, Caribbean, and South American advertisements has been produced since the 1970’s, significant repositories of Canadian notices, although referenced by scholars of Canadian slavery, have rarely been studied as an end in themselves. This lecture will draw upon the archive of eighteenth-century Quebec advertisements for enslaved fugitives of African and indigenous ancestry to explore the ramification of the simultaneous enslavement of these two groups. Unlike other parts of the Americas where only people of African descent were enslaved, New France (French territory) and later Quebec (British) both allowed for the enslavement of blacks and indigenous people. The shared predicament of slavery made these two groups natural allies who necessarily would have shared cultures and developed strategies of resistance. This lecture combines an analysis of fugitive notices with other historical sources to try to understand the intersecting experiences of these communities.

Dr. Charmaine A. Nelson is a Professor of Art History at McGill University. She graduated in 2001 with a PhD in Art History from the University of Manchester, UK. Her research and teaching interests include postcolonial and black feminist scholarship, Transatlantic Slavery Studies and Black Diaspora Studies. She has made ground-breaking contributions to the fields of the Visual Culture of Slavery, Race and Representation, and Black Canadian Studies. 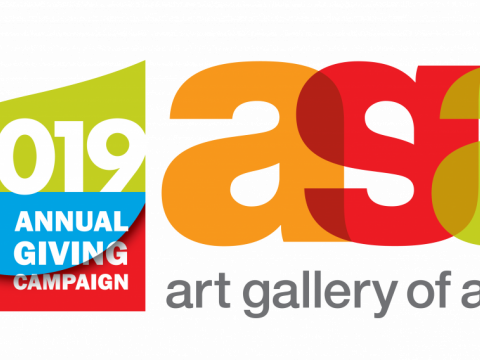