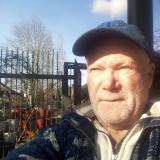 Richard Yates was born in Edmonton, Alberta, Canada in 1949  and grew up in Victoria, B.C. Attended University of Victoria(BFA), Instituto Allende, Mexico, The Banff Centre, Manchester Polytechnic, University of Alberta(MVA in printmaking 1983), and The Royal College of Art, Stockholm, Sweden. Richard Yates has participated in well over 130 groups plus 26 solo exhibitions in Canada and abroad since 1969, showing hand-produced silkscreen prints, linocuts, wood engravings, drypoint prints, drawings, paintings, installations and handmade books, and he has curated.  His works are in many collections such as the Canada Council Art Bank, the Alberta Art Foundation and The National Museum, Stockholm, Sweden. Richard Yates has a number of unsold prints from his limited numbered editions as well as other paintings, available through this site and at Great Bear Art in Edmonton.

After spending twelve years in Alberta and two decades in three small Canadian prairie towns in Manitoba, Richard Yates has returned to his seaside routes living up island from his childhood home in Victoria. He now divides his time by sailing in BC waters and doing some paintings in a tropical south Asian fishing village. Many of Yates images have a bird's eye view and may reflect encounters with UFO's, crop circles, and related oddities over the years. 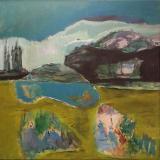 Tom was born and raised in Hairy Hill, Alberta and attended the Alberta College of Art in Calgary. He studied Fine Arts at The Instituto Allende in San Miguel de Allende, Mexico, on an art scholarship. When he returned from Mexico, Tom resided in Montreal, Toronto, and Vancouver. While in Toronto, he was represented by The Pollock Gallery. Tom was a business owner in St. Paul, Alberta from 1967 until his retirement and subsequent move to Edmonton in the summer of 2004.