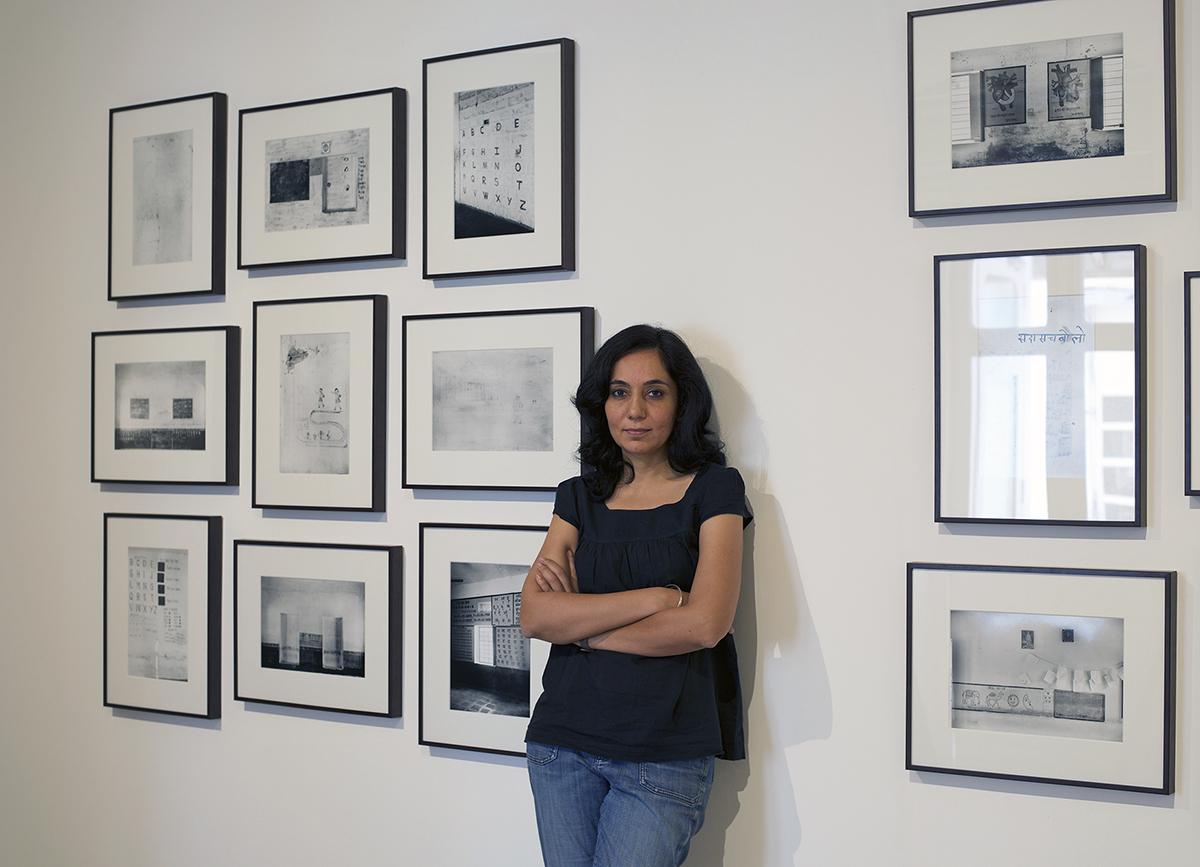 Gauri Gill (b. Chandigarh, India) earned a BFA (Applied Art) from the College of Art, New Delhi; BFA (Photography) from Parsons School of Design/The New School , New York; and MFA (Art) from Stanford University, California. She has exhibited within India and internationally, including MoMA PS1, New York; Documenta 14, Athens and Kassel; Kochi Biennale; 7th Moscow Biennale; Freer and Sackler Galleries at the Smithsonian Institution, Washington; Wiener Library, London; Art Gallery of Ontario, Toronto and Whitechapel Gallery, London. Her work is in the collections of prominent institutions worldwide, including the Museum of Modern Art, New York; Tate Museum, London; the Smithsonian Institution, Washington and Fotomuseum, Winterthur, and in 2011 she was awarded the Grange Prize, Canada’s foremost award for photography.

Gill’s practice is complex because it contains several lines of pursuit. These include an almost two decade long engagement with marginalised communities in rural Rajasthan called Notes from the Desert (since 1999)—this ongoing archive contains sub-series such as The Mark on the Wall, Traces, Birth Series, Jannat, Balika Mela, and Ruined Rainbow. She has explored human displacement and the migrant experience in The Americans and What Remains. Projects such as the 1984 notebooks highlight her sustained belief in collaboration and ‘active listening’, and in using photography as a memory practice. Beginning in early 2013, Fields of Sight is an equal collaboration with the renowned Adivasi artist, Rajesh Vangad, combining the contemporary language of photography with the ancient one of Warli drawing to co-create new narratives. In her most recent body of work, Acts of Appearance, (2015—), the artist has worked closely with the paper mache artists of the Kokna tribe in Maharashtra, using unique masks to tell fictional stories improvised together of contemporary life in the village. Working in both black and white and colour, Gill’s work addresses the twinned Indian identity markers of class and community as determinants of mobility and social behaviour; in it there is empathy, surprise, and a human concern over issues of survival.