On June 21, for National Aboriginal Day, the AGA will be offering FREE admission all day long and special programming.

ATB Financial is proud to support National Indigenous Peoples' Day at the AGA.

END_OF_DOCUMENT_TOKEN_TO_BE_REPLACED 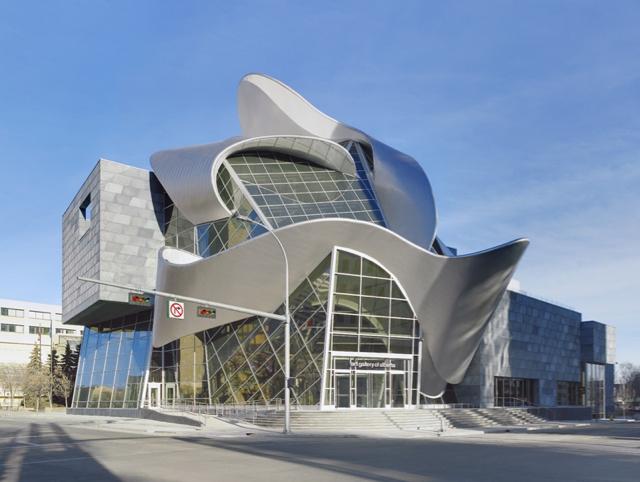 Free admission to the galleries for all visitors.

On June 21, for National Aboriginal Day, the AGA will be offering FREE admission all day long and special programming. Take in the two exhibitions featuring the work of First Nations and Métis artists, Li Salay and LandMark: A New Chapter Acquisition Project.

ATB Financial is proud to support National Indigenous Peoples' Day at the AGA.

Spend your lunch hour with First Nation artist and University of Alberta professor Tanya Harnett for a tour of the exhibition LandMark: A New Chapter Acquisition Project which features her artwork along with the art work of Terrance Houle and Brenda Draney who are both First Nations artists from Alberta.

In recognition of National Indigenous Peoples’ Day, we will be screening a number of films by Indigenous filmmakers including documentaries, feature films and short films. Take a look at the screening schedule below and join us in the Ledcor Theatre to catch the film of your interest.

This feature-length documentary pays tribute to CBQM, the radio station that operates out of Fort McPherson, a small town about 150 km north of the Arctic Circle in the Canadian Northwest Territories. Through storytelling and old-time country music, filmmaker and long-time listener Dennis Allen crafts a nuanced portrait of the "Moccasin Telegraph," the radio station that is a pillar of local identity and pride in this lively northern Teetl'it Gwich'in community of 800 souls.

In her award-winning documentary, director Alethea Arnaquq-Baril joins a new tech-savvy generation of Inuit as they campaign to challenge long-established perceptions of seal hunting. Armed with social media and their own sense of humour and justice, this group is bringing its own voice into the conversation and presenting themselves to the world as a modern people in dire need of a sustainable economy.

This animated short by Alethea Arnaquq-Baril tells a tragic and twisted story about the dangers of revenge. A cruel mother mistreats her son, feeding him dog meat and forcing him to sleep in the cold. A loon, who tells the boy that his mother blinded him, helps the child regain his eyesight. Then the boy seeks revenge, releasing his mother's lifeline as she harpoons a whale and watching her drown. Based on a portion of the epic Inuit legend "The Blind Boy and the Loon."

This short film tells the story of Rocky Morin, a drummer who first felt the pull of the drum almost 15 years ago and hasn't looked back since. It's a powerful reminder of the need to maintain a strong connection to one's roots.

This short documentary presents the empowering story of Rodney "Geeyo" Poucette's struggle against prejudice in the Indigenous community as a two-spirited person (gay, lesbian, bisexual, and transgender).

Both a requiem for and an honouring of Canada's First Nations, Métis and Inuit women, this short film deconstructs the layers of Canadian nationalism. In the process, it reverses the colonial lens by shifting the balance of power to reclaim the Canadian narrative, putting the enduring strength and resilience of Indigenous women at the forefront.

The Mountain of SGaana spins a magical tale of a young man who is stolen away to the spirit world, and the young woman who rescues him.

In five short minutes, this short film destroys any remaining shreds of the myth of a fair and just Canada. Children forced from their homes and sent to residential schools, families examined like livestock in crowded tuberculosis clinics, tainted water and land, poisoned for industry and profit at the cost of Indigenous lives, and the list goes on. But filmmaker Jeff Barnaby's message is clear: We are still here. Featuring the music of Tanya Tagaq.

Across North America, Indigenous languages are at risk of disappearing. “When you don’t know your language or your culture, you don’t know who you are,” says Armand McArthur, one of the last fluent Nakota speakers in Pheasant Rump First Nation, Treaty 4 territory, in southern Saskatchewan. With an eye to the future, this 69-year-old is committed to revitalizing his language for his community and future generations. Reflecting upon the land his ancestors have called home for centuries, he brings that connection to a classroom for people of all ages, who gather to share knowledge, laughter and a way of life.

This ultra-short film is an unapologetic confrontation of cultural appropriation and everything that's wrong with hipsters in headdresses. The takeaway? Just don't do it.

This feature-length drama presents a gritty, hard look at the Indian residential school system through the eyes of a tough, capable teenager named Aila. After her mother dies and her father is thrown into jail, Aila and her Uncle Burner take over the family drug business. Aila manages to stay out of St. Dymphna’s, the residential school, by selling just enough dope to pay off Popper, the sadistic agent who runs the place. But when her drug money is stolen and her father returns from prison, the precarious balance of Aila’s world is destroyed. Fight or flight are her only options, and Aila’s not one to run.