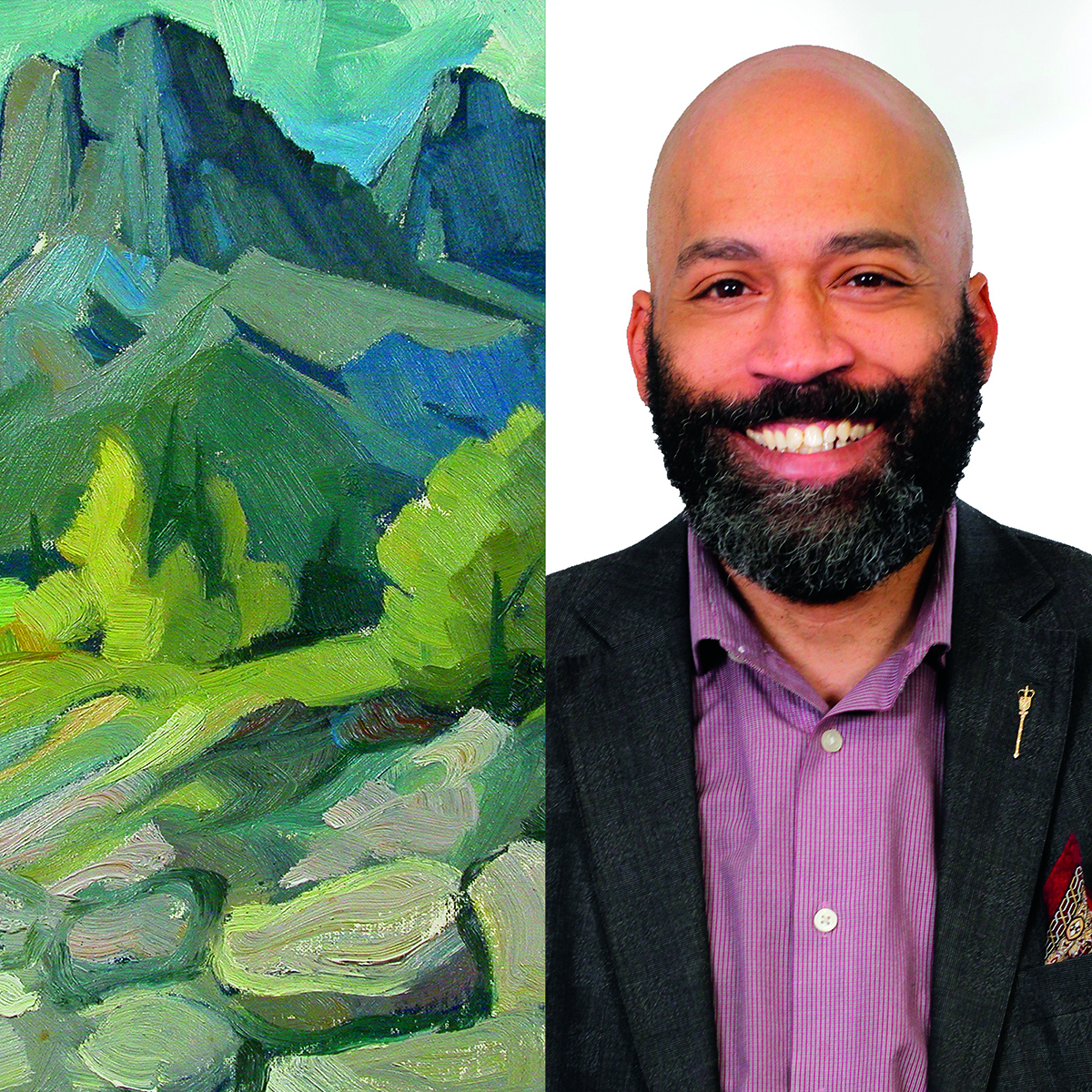 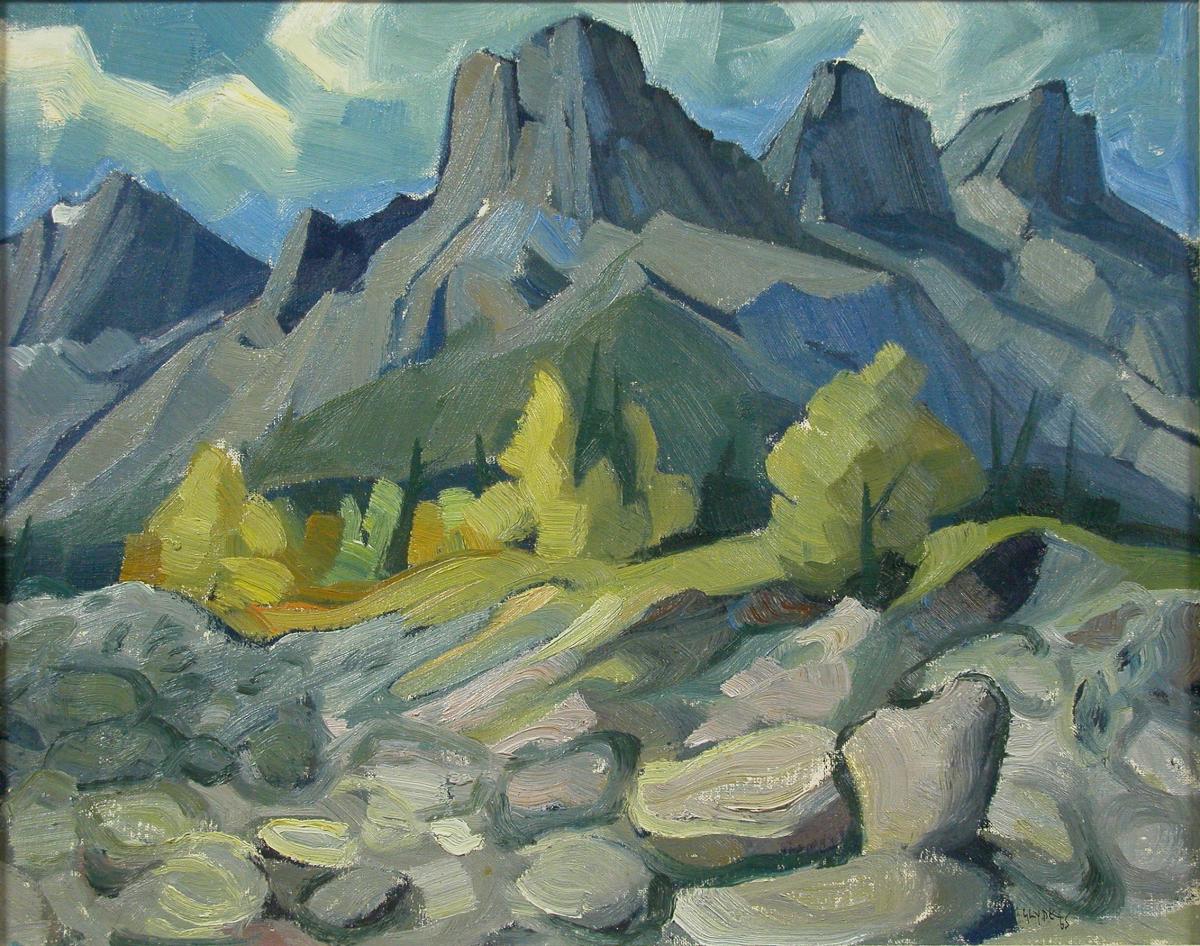 “The Rocky Mountains run deep in my blood, rooted in memories of family trips to Banff and Jasper and summers spent hiking, backpacking and climbing in the Crowsnest Pass. But while I racked up an impressive list of trails hiked and mountains peaked, I was always disappointed that I could never seem to get a photo that captured what the mountains made me feel.

Somehow, Henry George Glyde’s Three Sisters (1965) does. It was apparently his third take on this particular set of peaks. The first, from 1940, is a winter scene, set back a ways with a pastoral farmhouse in the foreground – a peaceful comforting scene. The second, from 1945, moves in closer but still keeps a grounding in the everyday with two buildings at the fore. But in his third attempt, Glyde places us squarely on the mountain itself, the peaks towering above against clouds and blue sky.

And with this shift of position and an abstraction of details in oils, he captures a sense of how gloriously small, still and full of awe a mountain can make me feel.  There’s a wildness in it, raw and rough-hewn, that brings me back to memories of stopping, mid-climb, to listen to the silence and feel the crispness of the kind of breeze you only find at altitude.

Glyde accomplishes with paint and brush what my camera never could.”

David Shepherd is a second-generation Canadian and life-long resident of Edmonton. His mother arrived from the Netherlands in 1948 and his father from Trinidad in 1967.

David’s first love was music and he spent many years as a professional musician and studio engineer. He holds diplomas in music performance and studio recording from MacEwan University and a BA in professional communications from Royal Roads University.

Prior to being elected as Member for Edmonton-Centre, he held positions as a trainer, facilitator, writer and communications officer in municipal, provincial and the federal public service.