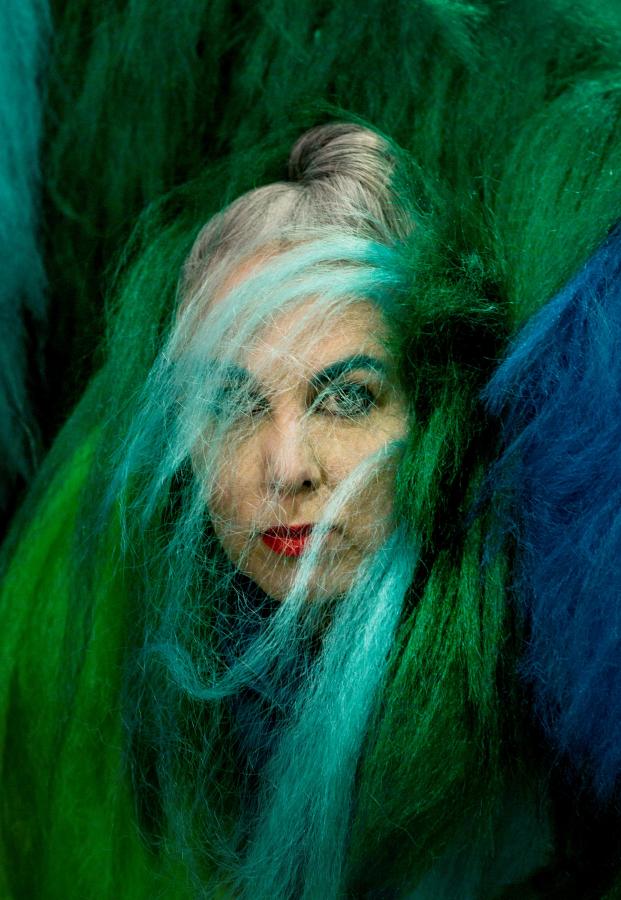 Shoplifter is one of Iceland’s leading contemporary artists, based in New York. Working with both synthetic and natural hair, her sculptures, wall murals and site-specific installations explore themes of vanity, self-image, fashion, beauty and popular myth. For Shoplifter hair is the ultimate thread that grows from our body. Hair is an original, creative fiber, a way for people to distinguish themselves as individuals, and often an art form. Humor plays a large role in her life and work, sometimes subtly, but at other times taking over.

Shoplifter represented Iceland at the Venice Biennale in 2019 with her installation Chromo Sapiens which received worldwide attention and press. Chromo Sapiens later traveled to Iceland opening at the Reykjavik Art Museum in January 2020 and will be permanently installed at Höfuðstöðin, a new art and culture center in Reykjavík, opening in the summer of 2021.

Shoplifter has exhibited in notable museums and galleries worldwide including MoMA, Museum of Modern Art in New York, Kulturhuset Stadsteatern in Stockholm, The SCAD Museum in Savannah, Kiasma the National Gallery of Finland, the National Gallery of Iceland, the Walt Disney Concert Hall in Los Angeles and the Queensland Art Gallery of Modern Art in Australia, amongst others. She is a recipient of The Nordic Award in Textiles and The Prince Eugen Medal for artistic achievement from the King and Royal Crown of Sweden.