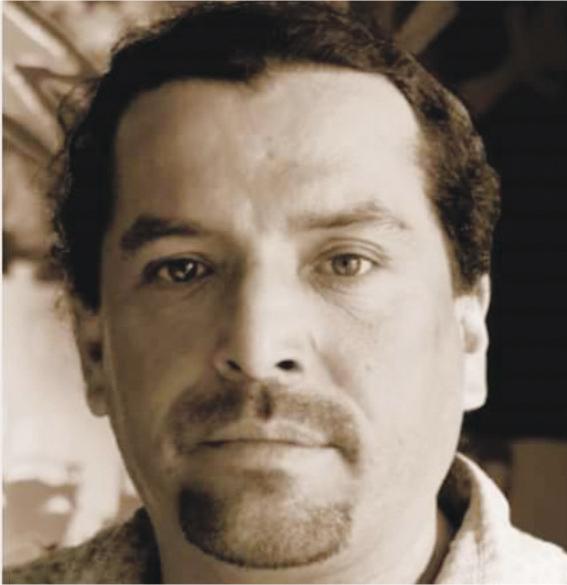 Roger Crait is a Status Indian from Winnipeg, MB. He studied Fine Arts at the University of Manitoba. Crait has had solo exhibitions in Canada, including Winnipeg, Thunder Bay, ON, Fort McMurray, AB, Moncton, NB, Edmonton, AB, Ottawa, ON, and a performance in Vancouver, BC. Crait has shown in group exhibitions locally, nationally and internationally, including Glenbow Museum, AB, Fowler Museum, USA, and Boomali  Art Centre, Australia. Crait has received awards for painting, including the Molly Hyman Award in Art for two consecutive years. Crait has a solo exhibitition at the Urban Shaman Gallery in the summer of 2017, a solo exhibit at Gallery 101 in Ottawa, ON and has taken part as an artist at The Works Festival in Edmonton, AB. Crait worked with a group of ten artists
in Cranberry Portage on a sculpture for the Vancouver 2010 Olympics. His artwork has appeared in The Manitoban, the Uniter, Winnipeg Free Press, Uptown Magazine, BorderCrossings, Borderline, and twice was on the cover of Canadian Dimension Magazine. Crait currently lives and works in Winnipeg, MB.