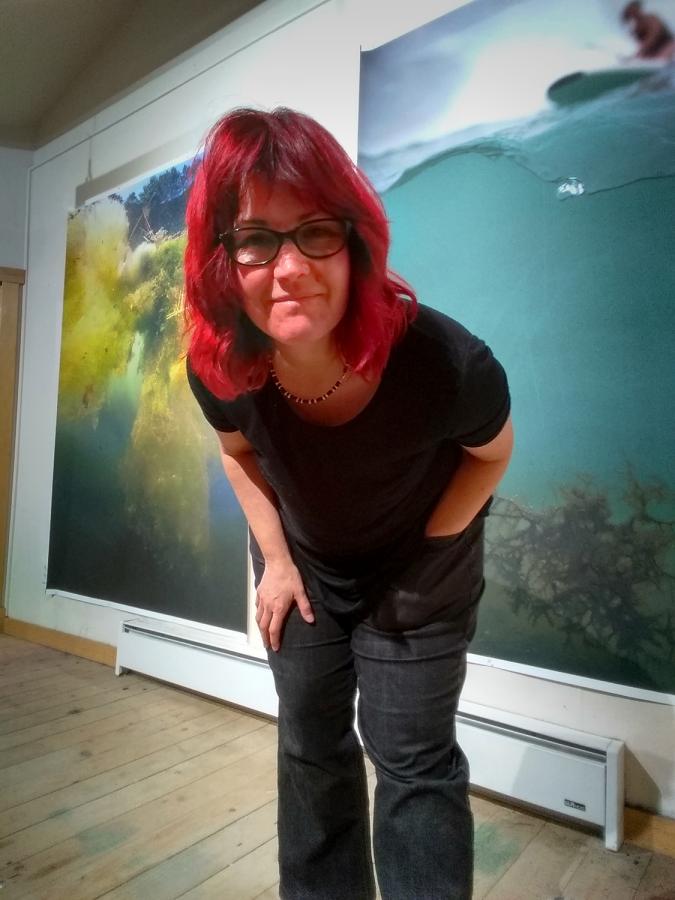 As an image-based artist, Isabelle Hayeur is known for her photographs and her experimental videos. She has also realized several site-specific installations and public art commissions. Her work is situated within a critical approach to the environment, urban development and to social conditions. She is particularly interested in the feelings of alienation, uprooting and disenchantment. Since the late 1990s, she has been probing the territories she goes through to understand how our contemporary civilizations take over and fashion their environments. She is concerned about the evolution of places and communities in the neoliberal sociopolitical context we currently live in. Her artistic approach examines the relations between nature and culture in a world where their (false) opposition is a dominant ideology that still structures our Western societies. When the utility principle comes to prevail over all other values and the economy becomes sovereign, everything gets viewed as a "resource" to strip or a site to occupy. Her works seek to show how we take possession of territories and beings so as to adapt them to our needs; this instrumental logic tends to invade all fields of human activity today. Her art practice proves to be both political and poetic, with a constant striving to blur the lines in order to highlight the ambivalence of our relation to the world. At once seductive and disquieting, her images awaken in us an ambiguous feeling that reflects our discomfort and reveals the flaws of a dehumanized system.

Her current approach is moving increasingly towards activism. At the time being, she is interested in citizens’ resistance and people who are fighting for a better world for all. “Think globally, act locally" is something that she tries to incorporate into her practice by becoming involved with people who are already putting this into practice. Art can contribute to awakening to a certain extent. It can change mindsets and lead people to join forces and take action. Her view is a sober one, but one that also nourishes the hope that things can change or be restored. Creativity is a tool for raising awareness but also for creating a sense of wonder. She believes it’s important to take a stand, to show, to educate and to denounce, but also to be enchanted, touched and enraptured by the beauty that surrounds us.

She has also actively participated in international artists' residencies, notably at the Rauschenberg Residency (Florida), Sitka Center for Arts and Ecology (Oregon), the International Studio & Curatorial Program ISCP (New York), A Studio in the Woods / Tulane University (New Orleans) and the Bemis Center for Contemporary Arts (Omaha), amongst others. Her works are to be found in some thirty collections, including those of the National Gallery of Canada, the Fonds national d'art contemporain in Paris, the Art Gallery of Ontario, the Vancouver Art Gallery, the Musée d'art contemporain de Montréal, the New Orleans Museum of Art and the Museum of Contemporary Photography in Chicago.