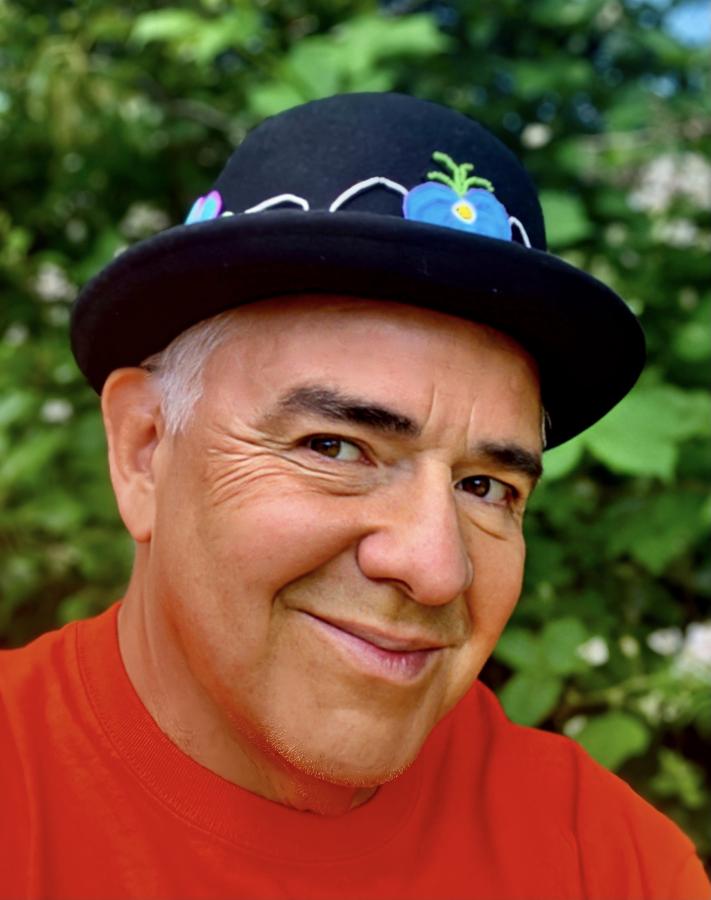 George Littlechild has had numerous solo and group exhibitions. His art has been exhibited in Canada, the United States, Japan, Australia, Tasmania and Europe. His books and art have won numerous awards and scholarships. To date he has created hundreds of artworks, which hang in public and private collections around the world.

Littlechild was born in Edmonton, Alberta on August 16, 1958. The son of a Plains Cree mother and a Canadian Celtic father, Littlechild was taken from his home as part of the 60s scoop and was raised by foster parents in Edmonton. He received a diploma in art and design from Red Deer College in 1984, and a BFA from the Nova Scotia College of Art and Design, Halifax in 1988. He also received an Honorary Doctorate Degree from the University of the Fraser Valley. His socially charged mixed-media paintings are often made in response to political movements, societal concerns such as reconciliation and reclamation, as well as personal history.

“In my work, I am committed to righting the wrongs that First Nations peoples have endured by creating art that focuses on cultural, social and political injustices. As an artist, educator and cultural worker, my goal is a better world. It is my job to show the pride, strength and beauty of First Nations people and cultures, and contribute to the betterment of mankind.”