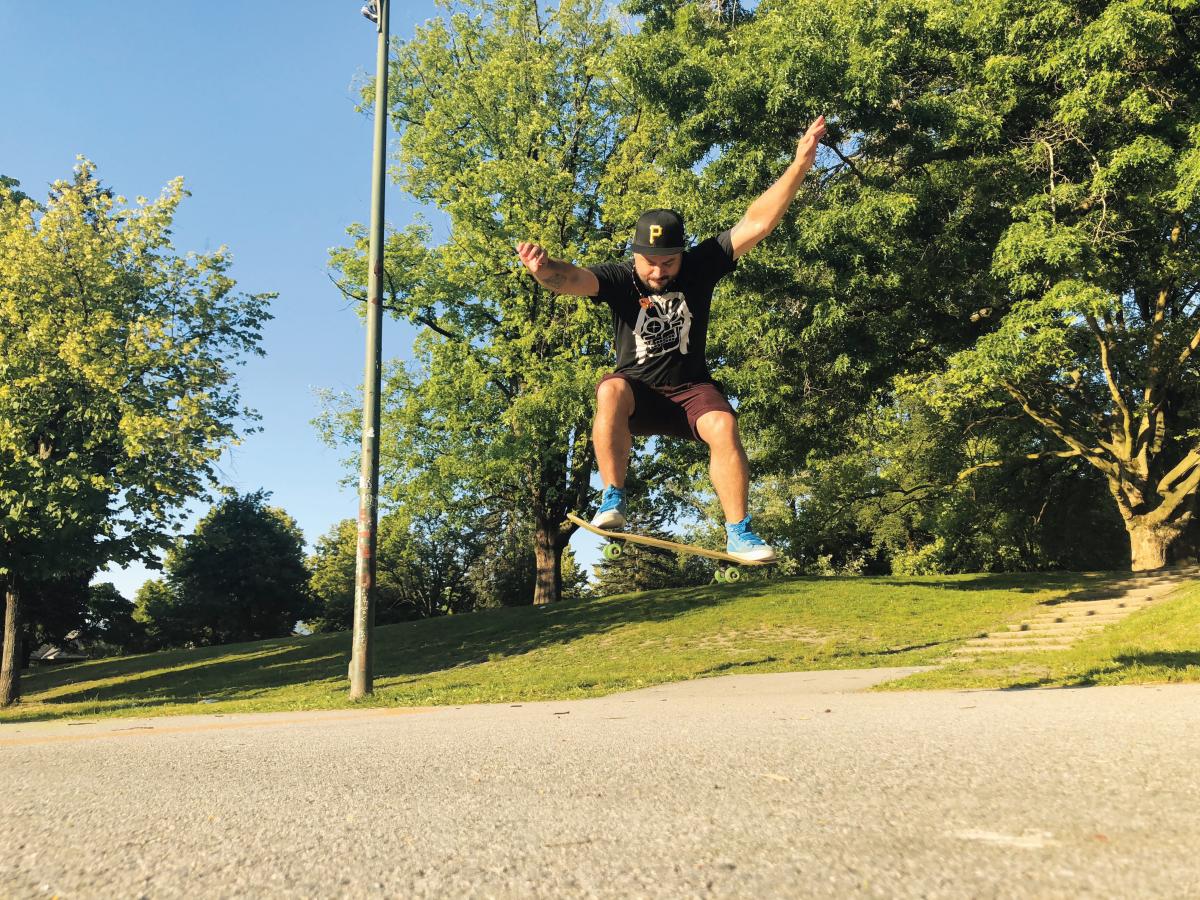 Bracken Hanuse Corlett is an interdisciplinary artist hailing from the Wuikinuxv and Klahoose Nations. He began working in theatre and performance in 2001 and eventually transitioned towards his current practice that fuses painting and drawing with digital-media, audio-visual performance, animation and narrative. He is a grad­uate of the En’owkin Centre of Indigenous Art and went to Emily Carr University of Art and Design for Visual Arts. He has studied Northwest Coast art, carving and design from acclaimed Heiltsuk artists Bradley Hunt and his sons Shawn Hunt and Dean Hunt. He was a recipient of the 2014 BC Creative Achievement Award for Aboriginal Art and has recently received public art commissions from the City of Vancouver and the City of Victoria. He splits time between the confines of his studio in the Downtown Eastside and his home on the Sunshine Coast.