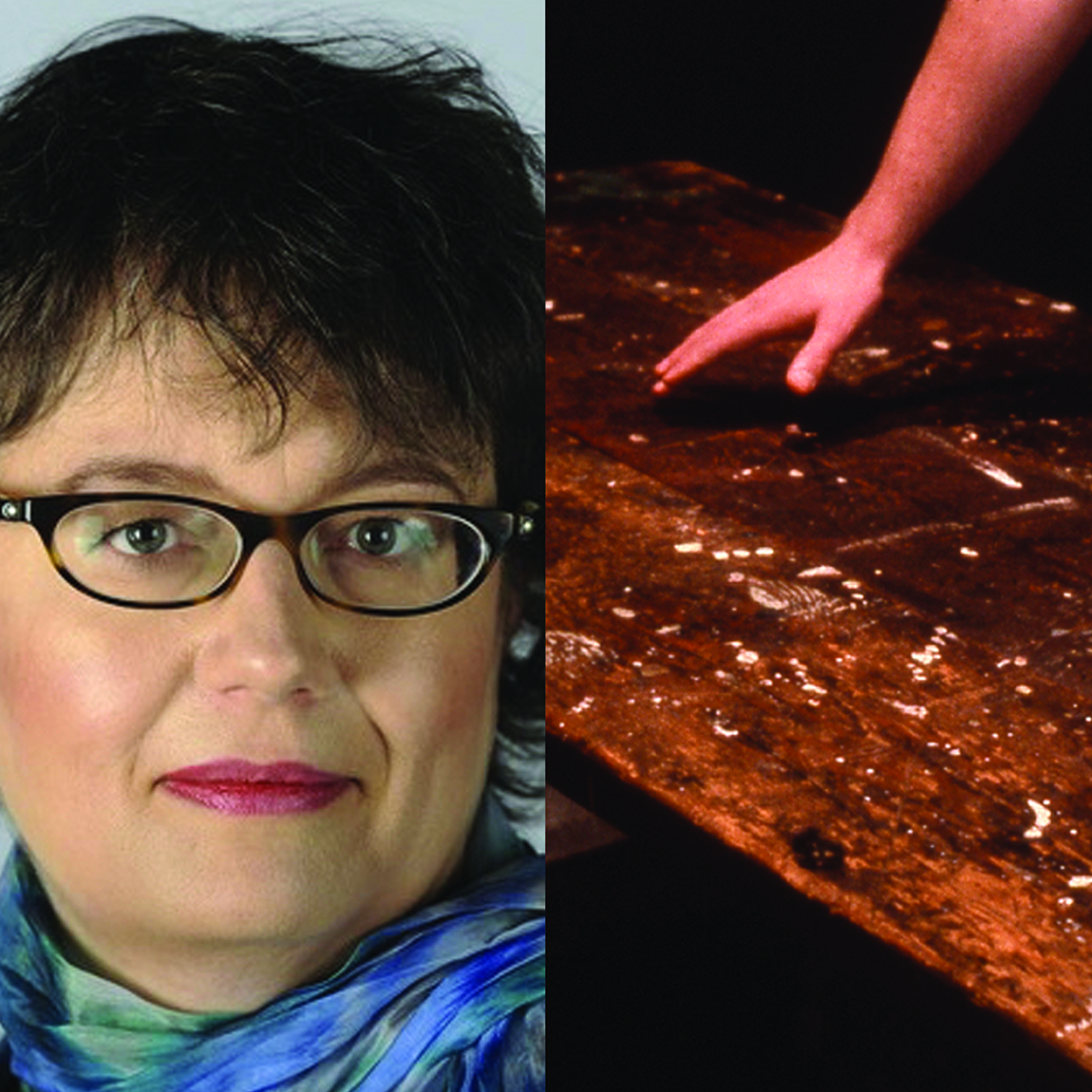 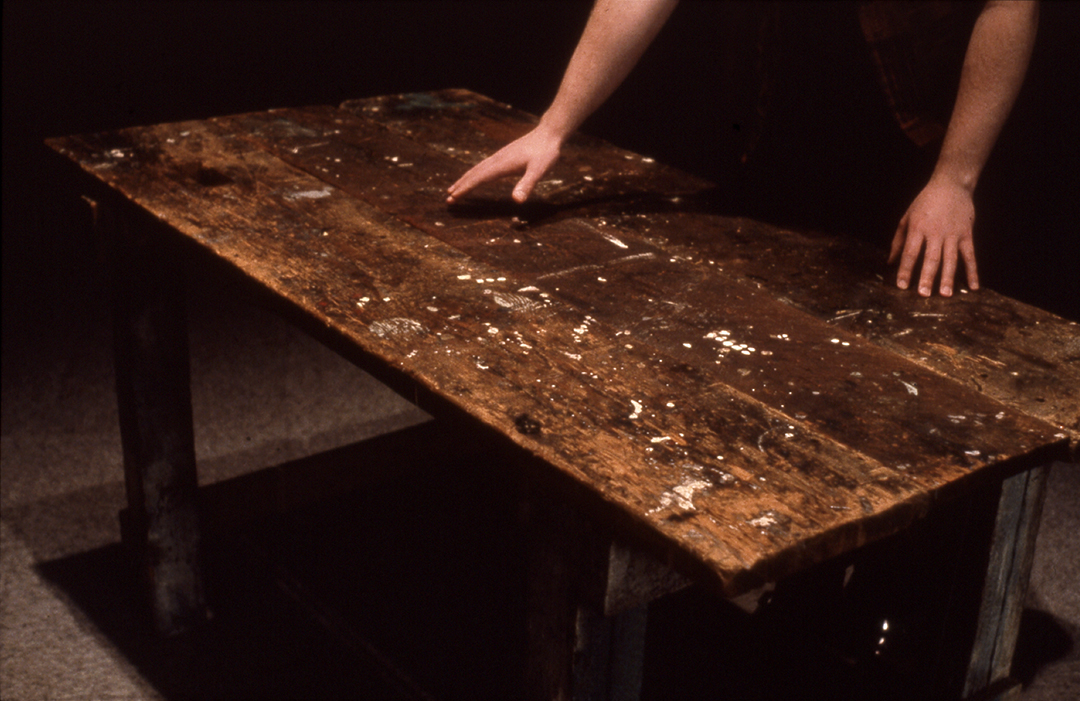 “I spent six years as a producer with CBC Radio and I’ve always been intrigued by sound, as an artistic medium. That’s why I’m so fascinated by the installation work of Janet Cardiff, who often works with her partner George Bures Miller. Their brilliant, playful unsettling sound sculptures are a kind of environmental theatre - radio plays that invite you inside. I’ve loved their major pieces, including The Forty Part Motet, and The Murder of Crows. But one of my favourite examples of Cardiff‘s is an early solo piece, To Touch, commissioned by the AGA in 1993. It’s so deceptively simple. What we see is just a large, somewhat beat-up wooden table, the kind a carpenter might use. But as you move around the table, you find yourself eavesdropping, catching bits of conversation from ghostly dinner guests. So often, in galleries, we stand distant and separated from the work. We certainly don’t get to touch it! But here, it’s the motion of our hands near the tabletop that triggers the voices and sounds. We’re not just passive viewers or listeners. We become an essential physical part of the work. We’re embedded. The table is our instrument, and as we ‘play’ it in different ways, different stories unfold around us. And we become implicated, in the narratives that surround us, the mediums who summon the spirits.”

Paula Simons is a documentary-maker, a playwright, and the Edmonton Journal’s City Columnist. A graduate of the University of Alberta and Stanford University, Simons has won many national and international awards for her investigative reporting, feature writing, and political commentary - and for her ground-breaking use of social media. Last spring, she was honoured at the National Newspaper Awards, for her investigations of Alberta’s secretive child welfare system, and by UNESCO, for her contributions to the advancement of press freedom. Before joining the Journal, she worked as a producer with The Arts Tonight, CBC Radio’s flagship arts program.

Art Gallery of Alberta Collection, purchased with the support of the Canada Council for the Arts Acquisition Assistance program, and with funds from the Alberta Foundation for the Arts, an Alberta Lottery funds beneficiary