Join us on August 11 for the continuation of our comic book and graphic novel-inspired screening series.

END_OF_DOCUMENT_TOKEN_TO_BE_REPLACED 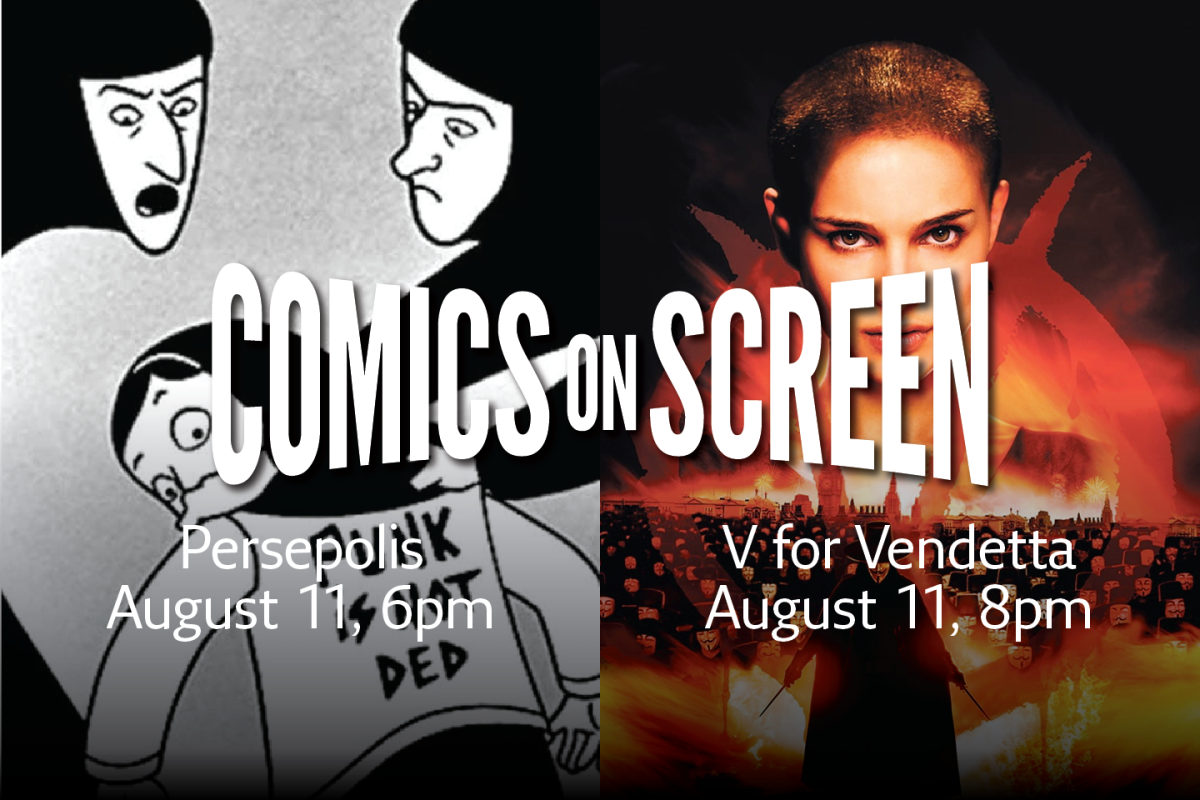 Join us on August 11 for the continuation of our comic book and graphic novel-inspired screening series. This month we are showing two great films based on graphic novels Persepolis and V for Vendetta. We will be screening both films in our Ledcor Theatre.

Enjoy one film $10 or both for $15. Free for AGA Members. This event is open to all, however please note that the films are rated PG-13. This screening is part of the AGA’s programming for the new exhibition for Comic Sans.

This 2007 animated biographical drama film is based upon Marjane Satrapi's graphic novel of the same name. The story follows a young girl as she comes of age against the backdrop of the Iranian Revolution.

A 2005 dystopian political action film, V for Vendetta is based on the 1988 DC Vertigo Comics series. The film is set in a future where a fascist totalitarian regime has subjugated the UK, starring Hugo Weaving as the masked anarchist V and Natalie Portman as Every Hammond, a person caught up in his mission.

About Comic Sans: Comic Sans focuses on the limitless artistic side of Canadian comics and celebrates a broad range of approaches to storytelling. Some of the stories in Comic Sans are biographical or autobiographical, some are familiar and others have sprung from the imaginations of their creators. Comics don’t need to be constrained within the square frame of a comic panel and the work in this show expands well beyond it and even well beyond the page. Comic Sans is a celebration of the endlessly creative medium of graphic narratives.

About Film Night: Film Night is part of AGA’s public programming that highlights themes from current exhibitions or social and cultural affairs. Join us on the second Thursday of each month for a screening of film that may be missed on the big screen. If you would like to be notified about upcoming films or to suggest a film for screening, please email Michael at Michael.Magnussen@youraga.ca. Alternatively, you can subscribe to our E-News or follow us @youraga on social media to get the latest news.

Join us on for a Special Halloween edition of our monthly Film Night on October 13.