Anime Night with the AGA and ASAPA: Yu-Gi-Oh! The Movie and Millennium Actress

Join us on for an anime screening presented by the AGA and our community partner ASAPA (The Alberta Society for Asian Popular Arts).

END_OF_DOCUMENT_TOKEN_TO_BE_REPLACED 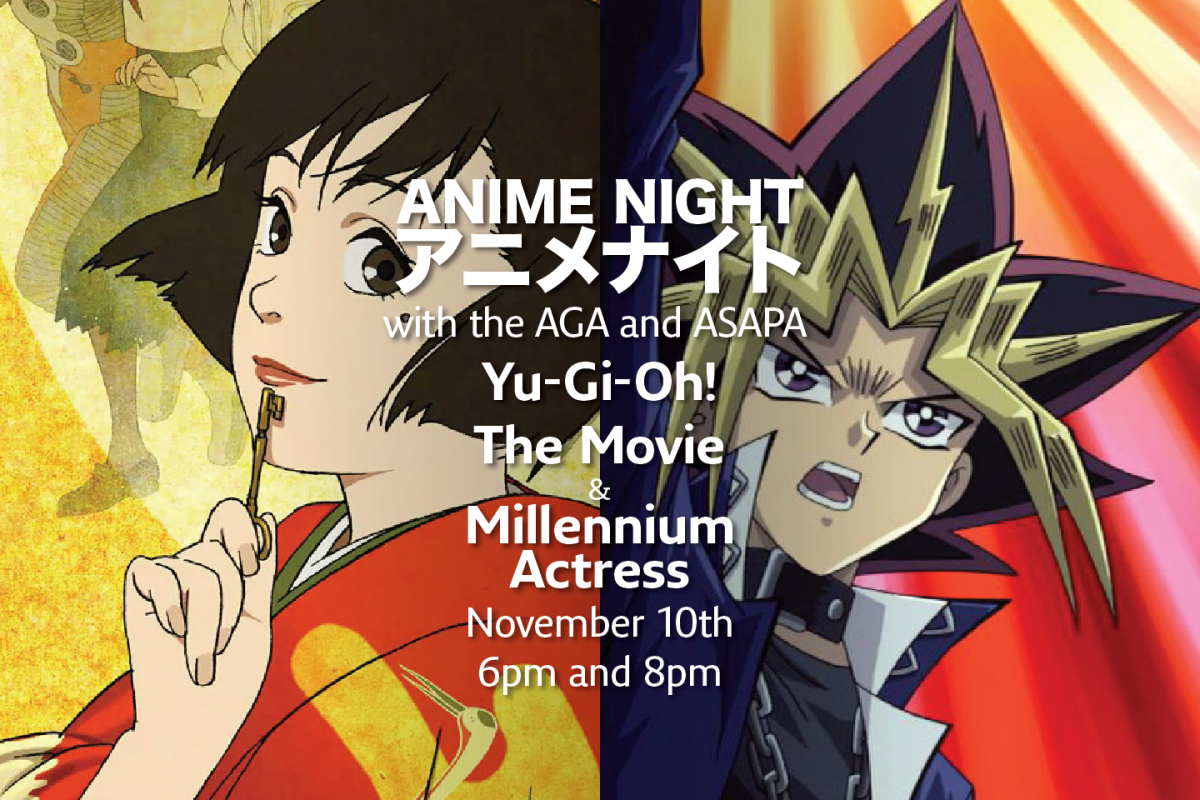 Join us on for a special anime screening presented by the AGA and our community partner ASAPA (The Alberta Society for Asian Popular Arts) on Thursday November 10 at the Art Gallery of Alberta. We are showing two distinct films, Millennium Actress 千年女優 and Yu-Gi-Oh! the Movie: The Pyramid of Light.

Released in the early 2000s, these great films continue to entertain audiences with their imaginative storytelling. As Kazuki Takahashi, the creator of Yu-Gi-Oh!, recently passed away, we’re screening the film to recognize his large impact in the world of manga, film and gaming.

We will be screening both films in our Ledcor Theatre. Enjoy one film for $10 or both for $15. AGA Members get in for free.

This anime film is based on the Yu-Gi-Oh! Franchise created by Kazuki Takahashi and directed by Hatsuki Tsuji in 2004. (90 Minutes)

This film will be screened in English.

This 2001 Japanese animated drama film is co-written and directed by the late, legendary Satoshi Kon and produced by Madhouse. Loosely based on the lives of actresses Setsuko Hara and Hideko Takamine, Millennium Actress tells the story of two documentary filmmakers investigating the life of a retired acting legend. As she tells them the story of her life, the difference between reality and cinema becomes blurred. (87 Minutes)

This film will be screened in Japanese with English subtitles.

About Film Night: Film Night is part of AGA’s public programming that highlights themes from current exhibitions or social and cultural affairs. Join us on the second Thursday of each month for a screening of film that may be missed on the big screen. If you would like to be notified about upcoming films or to suggest a film for screening, please email Michael at Michael.Magnussen@youraga.ca. Alternatively, you can subscribe to our E-News or follow us @youraga on social media to get the latest news. 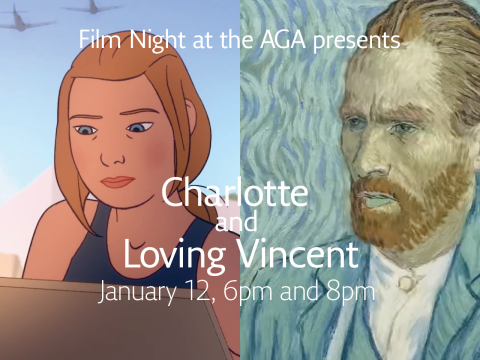 Join us on January 12th for the first Film Night of 2023 with two animated biographical films.