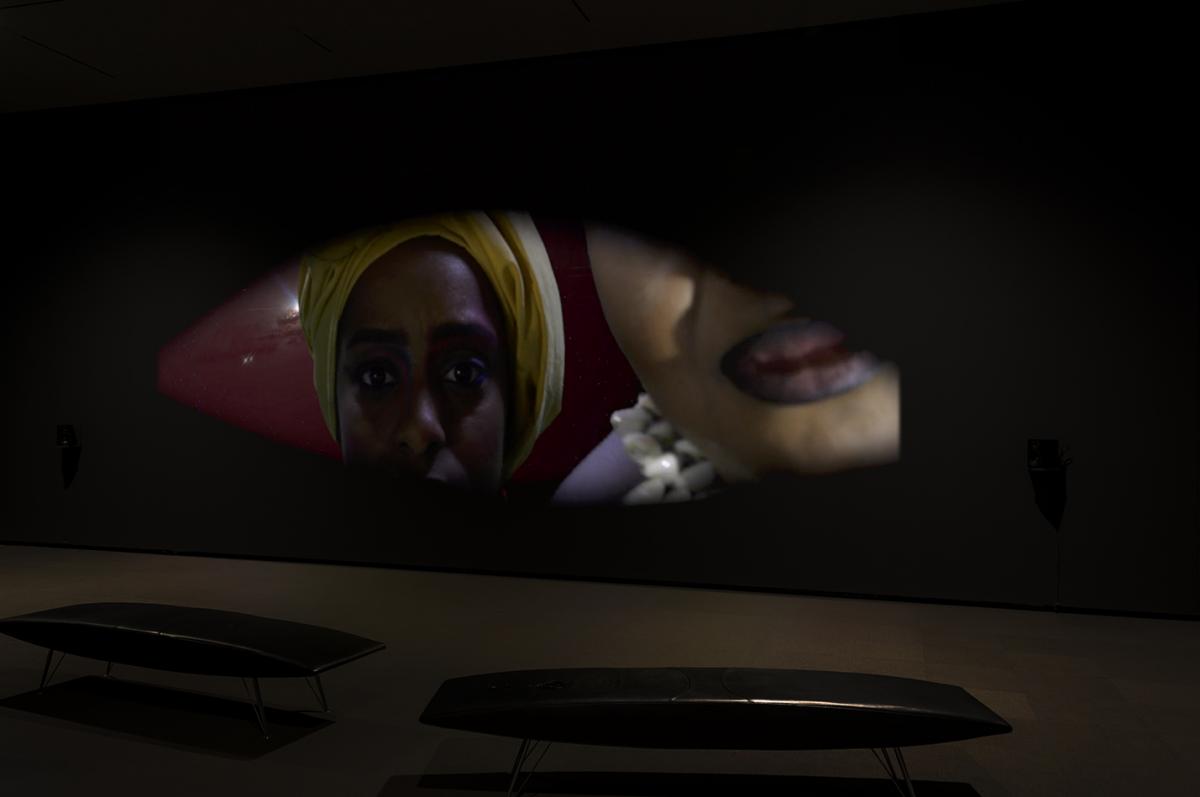 Camille Turner’s work engages with ideas about Canadian identity and Diasporic* identity, challenging the unspoken binary between “real Canadian” and “diverse other” that is present in our ideas about multiculturalism, and other cultural narratives. Through the time-travelling character Gloria and the Afronautic Research Lab, Turner examines and exposes Canada’s active role in the transatlantic slave trade, including the 206 years during which Canadian settlers enslaved African and Indigenous people. Turner’s work can be seen through the lens of Afrofuturism**. She uses new media and technologies to create and explore narratives about the future which focus on Black characters and which are rooted in African Diasporic experience.

Awakening begins immersively, with the viewer seeing through the eyes of the central character Gloria Smith, an inadvertent time traveller. Gloria is a Black woman from present-day Canada and is in some ways an avatar forTurner herself. She previously appeared in Turner’s work, The Resistance of Peggy Pompadour.

In Awakening, two African Diasporic travellers on a spaceship in the future encounter Gloria, who has now become an activist on a mission to travel back in time to stop transatlantic slavery. Gloria has ruptured the security of the spaceship, and has bypassed the rules of space-time to ask for their help in carrying out her plans, but she arrives barely conscious and is unable to speak due to exhaustion from her travels through time. The two contemplate the stakes and implications of Gloria’s mission and argue about whether or not to help her. They recognize that since the past is tethered to both the present and future, if her mission is successful millions of their ancestors would be saved from upheaval, trauma, enslavement and death, but on the other hand, the present world which is underwritten by transatlantic slavery, including their own lives, would cease to exist.

* A diaspora is a scattered population whose origin lies in a separate geographic locale. In particular, the word diaspora is used to refer to the involuntary mass dispersion of a population from its indigenous territories. [...] Recently, scholars have distinguished between different kinds of diaspora, based on its causes such as imperialism, trade or labour migrations, or by the kind of social coherence within the diaspora community and its ties to the ancestral lands. Some diaspora communities maintain strong political ties with their homeland. Other qualities that may be typical of many diasporas are thoughts of return, relationships with other communities in the diaspora, and lack of full integration into the host countries. Diasporas often maintain ties to the country of their historical affiliation and influence the policies of the country where they are located. (source: Wikipedia)

**Afrofuturism is a cultural aesthetic, philosophy of science, and philosophy of history that explores the developing intersection of African Diaspora culture with technology. It was coined by Mark Dery in 1993. Afrofuturism addresses themes and concerns of the African diaspora through technoculture and science fiction, encompassing a range of media and artists with a shared interest in envisioning black futures that stem from Afro Diasporic experiences. Similar to the recent concept and genre of ‘Indigenous Futurism’, which centres narratives of Indigenous people here, now and in the future, this video, like many of Turner's other works, is about Black people creating a future for themselves. Works in these genres are in part a response to popular futuristic media which has largely focused on the stories of white people in the future, where people of other races tend to be minimally represented. Afro and Indigenous Futurisms also contest narratives which position those cultures and traditions as static and isolated in historical past, as opposed to dynamic, living and contemporary. 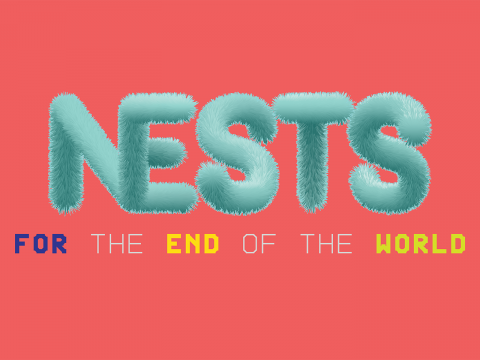