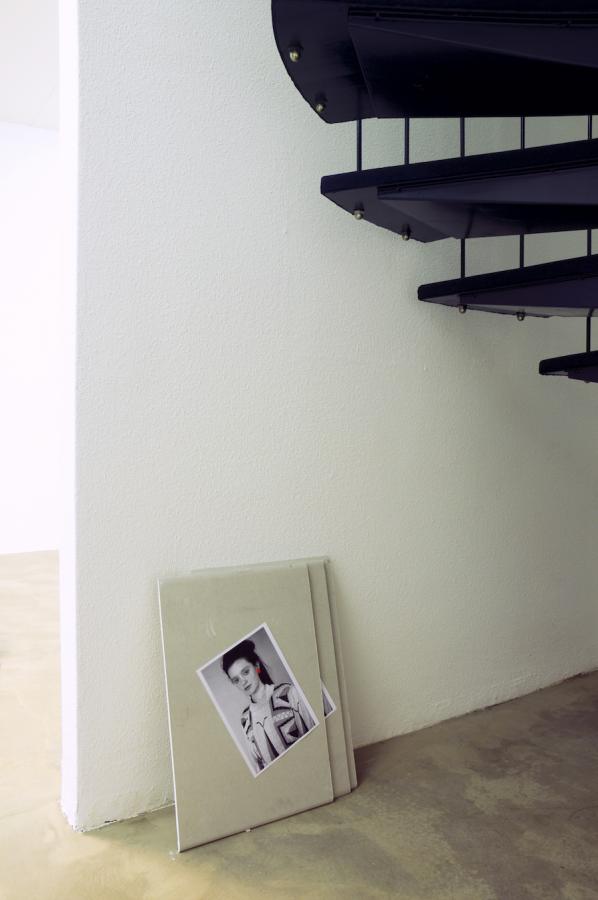 Ociciwan Contemporary Art Collective has curated an exhibition of new works by internationally known artists Duane Linklater and Tanya Lukin Linklater at the Art Gallery of Alberta. The exhibition, featuring installation work by both artists, explores notions of excavation in relation to the intellectual, environmental and cultural resources most immediate to the artists.

Duane Linklater investigates the structure and materiality of the wall itself including gypsum, wood and steel, while considering the political implications of those materials as resources extracted in Canada. The connection of gypsum, wood and steel as supporting substances lying between the gallery’s institutional structure and its public becomes a site of mediation for Linklater. In his exploration of these materials the artist questions what is revealed during excavation: “How do we, as Indigenous artists articulate, disfigure or blur the outcomes of an excavation particularly in the gallery or museum space so we can see or sense the tones of certain relationships?”

Arriving at the Art Gallery of Alberta from a practice that engages with visual and performance languages, Tanya Lukin Linklater’s new sculptural work builds on the idea of the gallery itself, investigating this cultural institution as a site where critical modes of discourse may converge. Considering the complex relationships of Indigenous peoples and artists to institutions, museums and galleries, she excavates the Art Gallery of Alberta’s archival records. She offers this action as a considered gesture towards the conceptual spaces between Indigenous peoples, Indigenous art histories and museums that pose an open-ended question, how does the institution perform?

Duane Linklater
Duane Linklater is Omaskêko Cree, from Moose Cree First Nation in Northern Ontario and is currently based in North Bay, Ontario. Linklater attended the Milton Avery Graduate School of Arts at Bard College in upstate New York, USA, where he completed his Master of Fine Arts degree in Film and Video. He has exhibited and screened his work nationally and internationally at the Vancouver Art Gallery, Family Business Gallery in New York City, Te Tuhi Centre for Arts Auckland, New Zealand, City Arts Centre in Edinburgh Scotland, Institute of Contemporary Arts Philadelphia and the Utah Museum of Fine Arts in Salt Lake City. His collaborative film project with Brian Jungen, Modest Livelihood, was originally presented at the Walter Phillips Gallery at The Banff Centre as a part of dOCUMENTA (13) with subsequent exhibitions of this work at the Logan Centre Gallery at the University of Chicago (curated by Monika Szewcyyk) and the Art Gallery of Ontario (curated by Kitty Scott). Duane Linklater was also the recipient of the 2013 Sobey Art Award, an annual prize given to an artist under the age of forty. Duane Linklater is currently represented by Catriona Jeffries Gallery, Vancouver.

Tanya Lukin Linklater
Tanya Lukin Linklater’s performance collaborations, videos, photographs and installations have been exhibited at EFA Project Space + Performa Festival, New York, Museum of Contemporary Art Santiago, Chilé, SBC Gallery, Montreal, Western Front in Vancouver, Images Festival + Museum of Contemporary Canadian Art in Toronto and elsewhere. In 2016 she will present performances at Centre Phi + DHC / Art, Remai Modern and the Morris and Helen Belkin Art Gallery at the University of British Columbia. Her poetry and essays have been published in C Magazine, BlackFlash Magazine, Yellow Medicine Review, Drunken Boat, and publications at Access Gallery and the McLaren Art Centre. Tanya studied at the University of Alberta (M.Ed.) and Stanford University (A.B. Honours). She is Alutiiq from Alaska and makes her home in Northern Ontario, Canada.