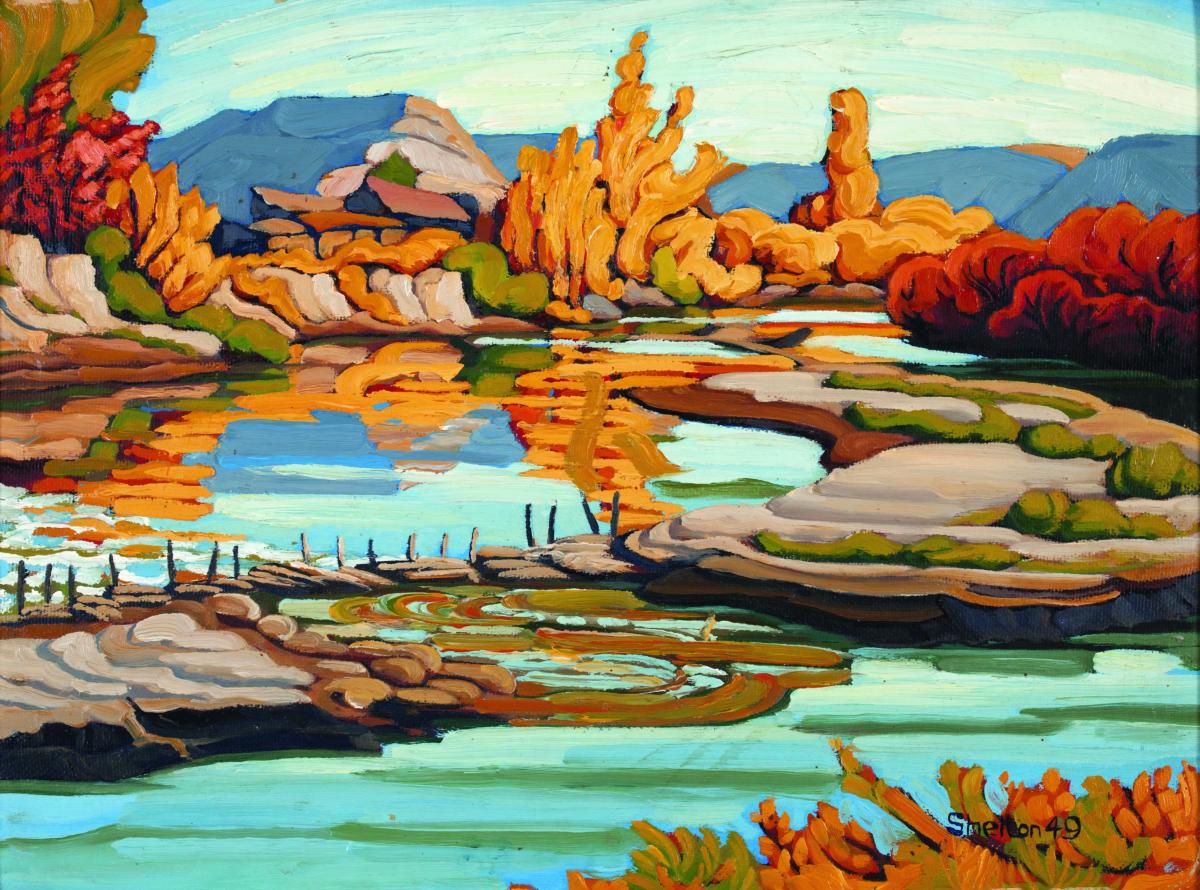 Mistresses of the Modern 1935-1970 features the work of a group of early women artists, all of whom were born before the end of the First World War (1918), and all were engaged with different currents of modernism, working in the decades between the late 1930s to the early 1970s. Located largely in and , their work reveals the important role that women artists played in the development of modernism, particularly early forms of abstraction, in .

Of the ten-member “Calgary Group”, whose 53 oil paintings were shown at the in 1948, four of the artists were women: Marion Nicoll, Janet Mitchell and Dorothy Willis. Of that group, only Marion Nicoll continues to be recognized today for her commitment to modernism. The exhibition Alberta Mistresses of the Modern will show that there were far more women in this pioneering generation of artists.

The exhibition, guest-curated for the AGA by Mary-Beth Laviolette features over 80 works on loan from more that 15 different private and public collections across the province including: the Art Gallery of Alberta, the Glenbow Museum, the Whyte Museum of the Canadian Rockies, the Nickel Arts Museum and the Alberta Foundation for the Arts.