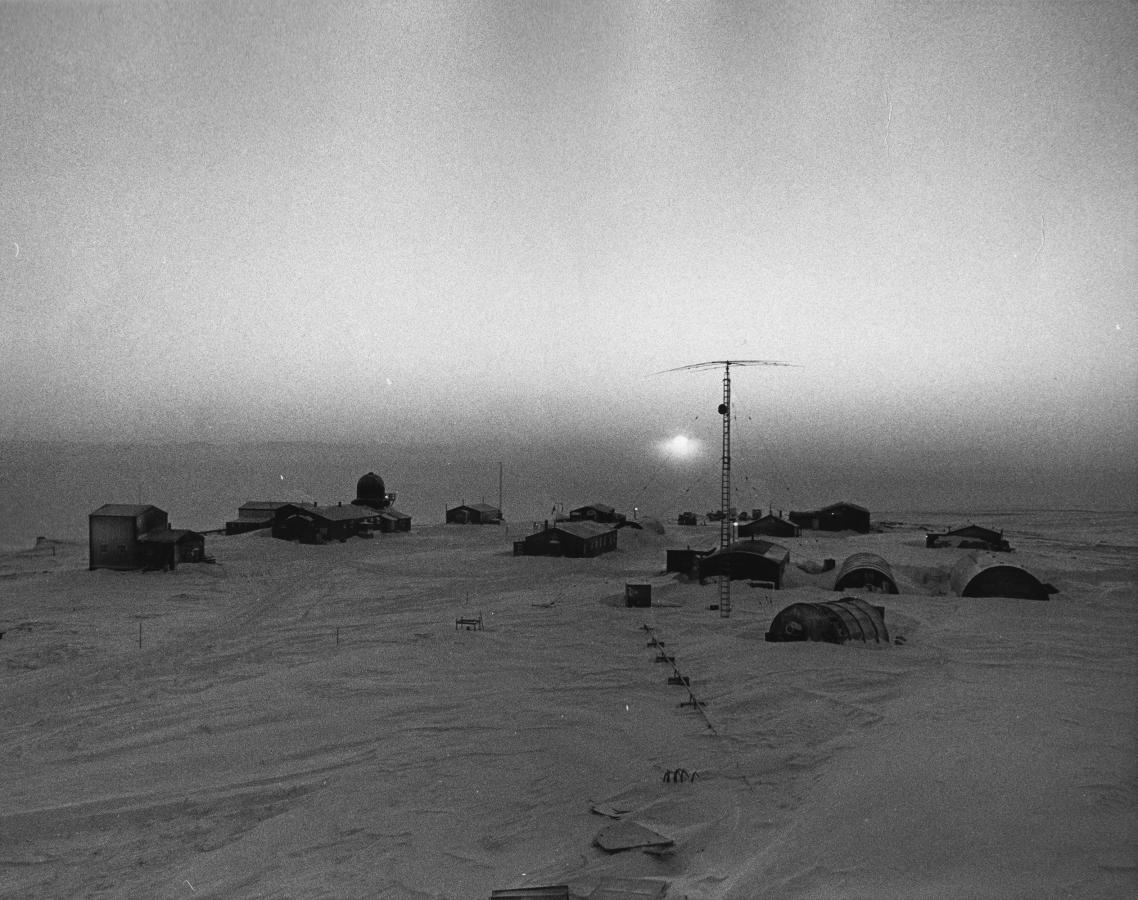 Isachsen, 1948-1978 presents the history of a remote arctic weather station that was located on Ellef Ringnes Island in the far reaches of the Canadian north. Here, over its 30 year life span (1948-1978), many men experienced the extreme isolation and wild beauty of the barren arctic wilderness.

Through the lens of five men who worked there, the exhibition reveals the life of the station in photographs and film footage from the early 1950s to the late 1970s. Additional imagery, taken in 2008 and 2010 by more recent passers-by, captures the remains of the now abandoned station site. Conceived by Edmonton experimental filmmaker aAron munson (whose father was stationed at Isachsen as a weather observer), the exhibition features contemporary video interviews and re-enactments by former station workers as well as Munson’s edited selections of archival footage, which he culled from hours of Super8 film.

Isachsen, 1948-1978 also includes a new installation by Lethbridge artist, David Hoffos, a model of the site as it existed in 1971, into which Isachsen’s inhabitants are projected back into a cold night landscape. This unique window on the past provides insight into the intense physical and psychological conditions of the station, and the exhibition becomes a visual overview of the memories and stories that were created there.

As a unique piece of Canadian history, the story of Isachsen speaks to our nation’s desire to assert a presence within the most uninhabitable lands within our borders and also to the sense of adventure, challenge and perseverance of those who chose to work in this isolated arctic outpost.