Join us on July 21 for our comic book-inspired screening series, as part of programming for our exhibition Comic Sans.

END_OF_DOCUMENT_TOKEN_TO_BE_REPLACED 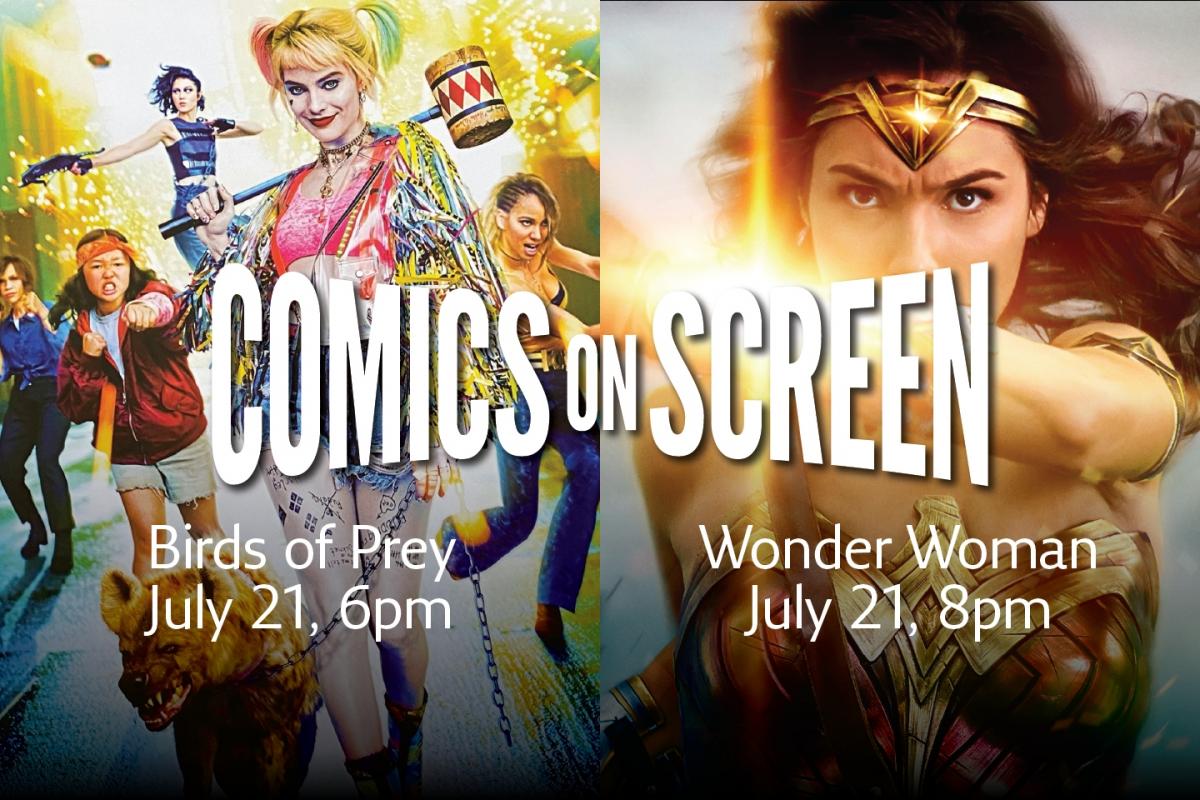 Join us on July 21 for our comic book-inspired screening series, as part of programming for our exhibition Comic Sans. We are screening two great films: Birds of Prey starring Margot Robbie and Wonder Woman starring Gal Gadot. We will be screening both films in our Ledcor Theatre.

Enjoy one film $10 or both for $15. Members to the AGA are Free. This Screening is part of the AGA’s programming for the new exhibition for Comic Sans.

This event is open to all; however, please note that the films are rated PG-13.

After splitting with the Joker, Harley Quinn joins superheroines Black Canary, Huntress and Renee Montoya to save a young girl from an evil crime lord. Directed by Cathy Yan. (109 Minutes)

An Amazon warrior leaves her island home and journeys to the outside world, which is being consumed by a massive war. With the help of an American pilot, she works to put an end to the conflict in this thrilling origin story. Direct by Patty Jenkins (141 Minutes)

About Comic Sans: Comic Sans focuses on the limitless artistic side of Canadian comics and celebrates a broad range of approaches to storytelling. Some of the stories in Comic Sans are biographical or autobiographical, some are familiar and others have sprung from the imaginations of their creators. Comics don’t need to be constrained within the square frame of a comic panel and the work in this show expands well beyond it and even well beyond the page. Comic Sans is a celebration of the endlessly creative medium of graphic narratives.

Film Night is part of AGA’s public programming that highlights themes from current exhibitions or social and cultural affairs. Join us on the second Thursday of each month for a screening of film that may be missed on the big screen. If you would like to be notified about upcoming films or to suggest a film for screening, please email Michael at Michael.Magnussen@youraga.ca. Alternatively, you can subscribe to our  E-News or follow us @youraga on social media to get the latest news. 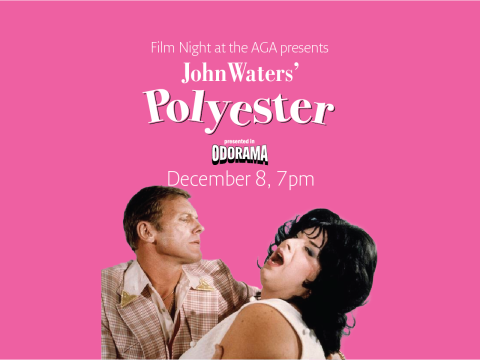 Film Night at the AGA | 'Polyester' presented in Smell-O-Vision

Join us on for a special screening of Polyester as part of an interactive version of our monthly film program.