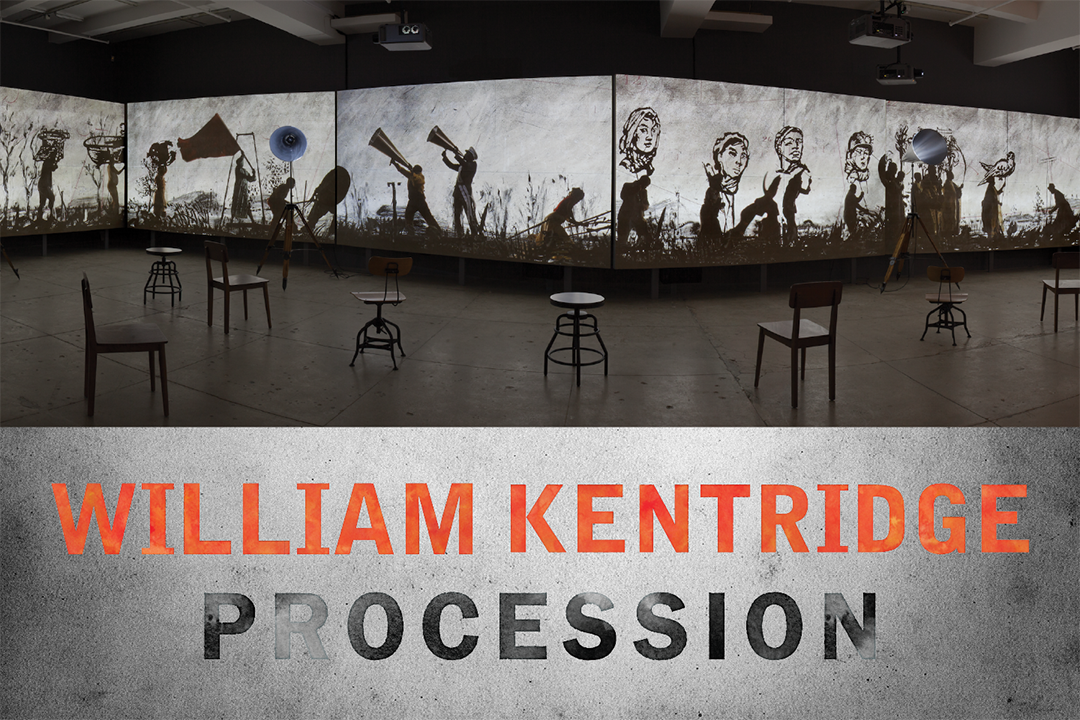 Opening in June 2019, the AGA will feature a major solo exhibition of the work of South African artist William Kentridge. Internationally renowned for his prints, drawings, and animated films, Kentridge has received numerous awards and major recognitions around the world. Born in Johannesburg during the time of apartheid, his work explores the politics of power and resistance in expressive and poetic form. The main feature of the exhibition will be More Sweetly Play the Dance, a multi-sensory environment in which viewers are surrounded by depictions of people projected at human scale. This procession, a seemingly endless parade of people from various walks of life, will be presented in a 100-foot-long frieze of moving image and sound.