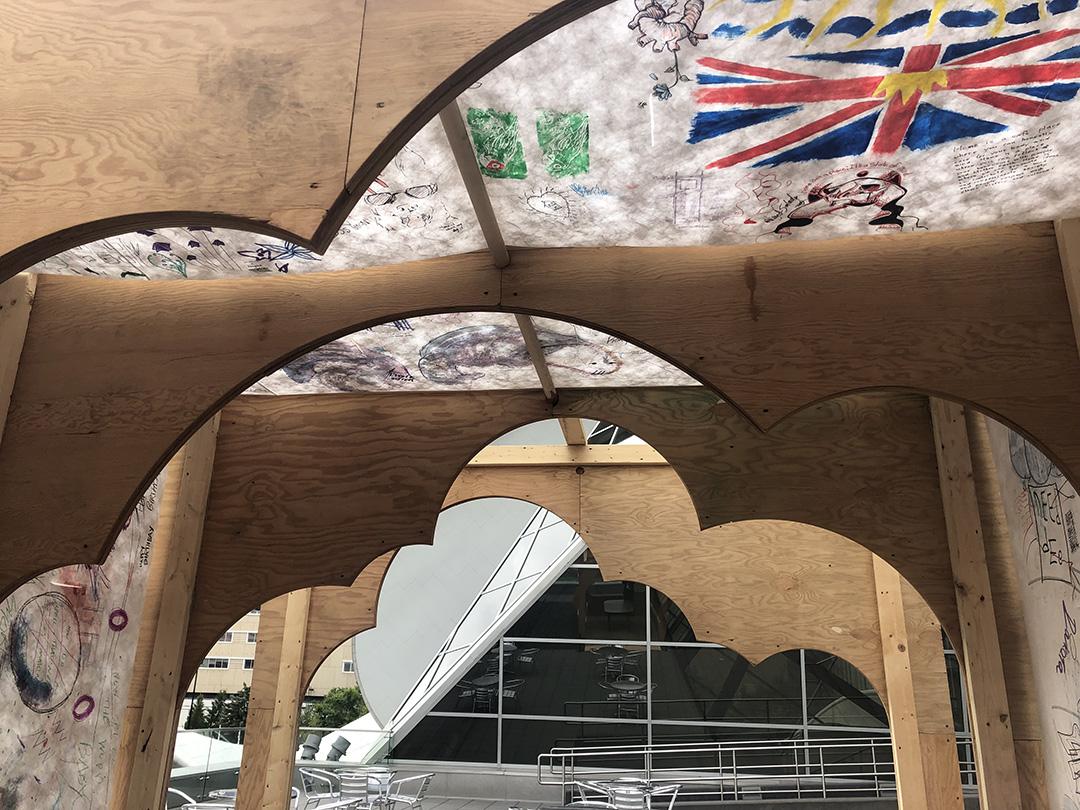 From Here, Convening Place is a local response to neighbourhood design that seeks to understand new ways of defining the home. How can our urban habitat be more hospitable to the act of convening or gathering? What is the role of habitat (or home) as it relates to multiple generations? And, what opportunities are there for a deeper re-connection with the land in an urban setting?

Seeking new methods of community connection to place, emerging designers from Edmonton and Calgary will work with the non-profit research cooperative Cohabitation Strategies to identify a new relationship with the home. Based in New York, Rotterdam, and Ibiza, Cohabitation Strategy’s action research endeavours to facilitate transformative and progressive urban intervention projects. Leading the instigation of the project are two of Cohabitation Strategy’s founding members: Lucia Babina, a cultural activist focused on sustainable ways of coexistence, and Gabriela Rendón, an architect and urban planner committed to social and spatial justice.

Working with Cohabitation Strategies are Edmonton-based artist, curator, intern architect, and core member of Ociciwan Contemporary Art Collective Tiffany Shaw-Collinge along with Matthew Kennedy and Mark Erickson, founders of the design+build practice Studio North in Calgary. The research will involve a partnership with a local community organization in Edmonton and result in an installation on the terrace that draws together ideas about community, Indigenous definitions of the land and sense of time, and the notion of shared habitat.

Organized by the Art Gallery of Alberta. Curated by Amery Calvelli. Presented by PCL Construction as part of the Poole Centre of Design. 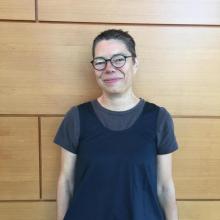 Amery Calvelli works to advance the public connection with architecture and design. She is a co-founder and Executive Director of the non-profit Design Talks Institute; co-editor of the online design publication FOLD; and teaches Design History at the University of Calgary’s Continuing Education Program. She hosted the CJSW radio program Space and Place for four years,interviewing international figures in design, architecture and people with stakes in the public realm. She has served on the Boards of the Portland Institute of Contemporary Art and the SFMOMA’s Contemporary Extension and has worked for designers such as Comme des Garçons, Giorgio Armani, and Agnès b.

Studio North is a Calgary-based practice dedicated to the craft of building community. Their work includes an award-winning CNC-designed outdoor dining hall arch that is both modular and sits lightly on the landscape, a “dream/dive” platform that serves as an outdoor cabin on a riverbank, and a number of acclaimed laneway houses. Their public art installations include Parallax installed for Nuit Blanche Toronto and an installation in.side.out for Harbourfront Centre in Toronto that explores the openings and thresholds that frame perceptions of interior and exterior space. Studio North has been recognized as a young creative force by NYC Art Director’s Club, and an Emerging Designer Award by the Toronto-based Design Exchange.

Matthew Kennedy is a designer, artist and maker with a curiosity for materials and production process. Awarded the Rossetti Travel Fellowship in 2011, Matt researched compact housing typologies in Japan, and has received recognition for his thesis work focused on developing a strategy for laneway housing.

Mark Erickson studied drawing and sculpture and has an affinity for learning through making with his hands. He has worked in London, UK, and Vancouver and has taught architectural technology at the University of The Gambia, Banjul, West Africa. Both have a Masters of Architecture from Dalhousie University in Halifax, where they met. 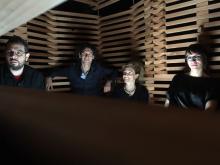 Cohabitation Strategies is a non-profit cooperative dedicated to the understanding of complex urban processes through action research as well as the creation of participatory frameworks assisting communities to envision and transform their own living environments. Co-founders Lucia Babina, Emiliano Gandolfi, Gabriela Rendón, and Miguel Robles-Durán have collaborated with governments, municipalities, art institutions, community groups and activists to facilitate transformative urban interventions and to bring about social and spatial change. In the past decade, the cooperative has produced work in cities across Europe and in North and South America. Recent projects have included Food Circle/Collective Kitchen in Arles, France, investigating food cycles and food accessibility; Playgrounds for Useful Knowledge, employing play and performance to regenerate just and sustainable forms of collective inhabiting in Philadelphia; Uneven Growth: Tactical Urbanisms for Expanding Megacities, a project commissioned by MoMA in New York City addressing uneven development through the design of a new public housing program involving housing cooperatives and community land trusts; and Comfort Zones - Behind the Scenes, a year-long experimental research study of the university campus in Mississauga, Ontario. Leading the workshop are two founding members of Cohabitation Strategies, Lucia Babina and Gabriela Rendón.

Lucia Babina is a cultural activist focused on sustainable ways of cohabitation and coexistence. Her aim is to reflect on the current global unevenness and injustice by means of collective and artistic process. She is a founding member of Cohabitation Strategies and co-founder of iStrike in Rotterdam, an environmental organization aimed at creating platforms of analysis, comparison, and international exchange. She is co-author of The Cook, the Farmer, His Wife and Their Neighbour as part of Stedelijk Goes West, (Amsterdam, 2009) and has been in residence at the Atelier LUMA in Arles. In Paris, she is collaborating with Morland Living Lab on new work in 2019.

Gabriela Rendón is an architect and urban planner committed to social and spatial justice. Her research interests include urban decline and restructuring of immigrant neighbourhoods, community planning and design, participatory action research, women-led urban community practices, solidarity urban economies, and housing cooperative models. She is a founding member of Cohabitation Strategies and an Assistant Professor of Urban Planning at Parsons School of Design / The New School in New York City. She has a PhD in Spatial Planning and Strategy and has taught graduate urban studies at Delft University of Technology in the Netherlands. 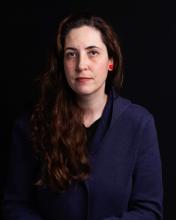 Tiffany Shaw-Collinge is an interdisciplinary artist, curator and an intern architect at Manasc Isaac Architects based in Edmonton.  She has exhibited at the Canadian Pavilion of the Venice Architecture Biennale as part of the Migrating Landscapes exhibition in 2012 as well as at the Canadian Museum of Immigration, Pier 21 in Halifax the year following. In 2018, her public art installation, pehonan (Cree for waiting place), was commissioned for Edmonton’s Indigenous Art Park. She has presented at the Métis Architecture and Design symposium at Laurentian University in Ontario and served on the Design Panel for the exhibition INSURGENCE/RESURGENCE at the Winnipeg Art Gallery and was also an artist in the exhibition. She is a core member of the Ociciwan Contemporary Art Collective and holds a BFA from Nova Scotia College of Art and Design (NSCAD) University and a Masters in Architecture from the Southern California Institute of Architecture (SCI-Arc).