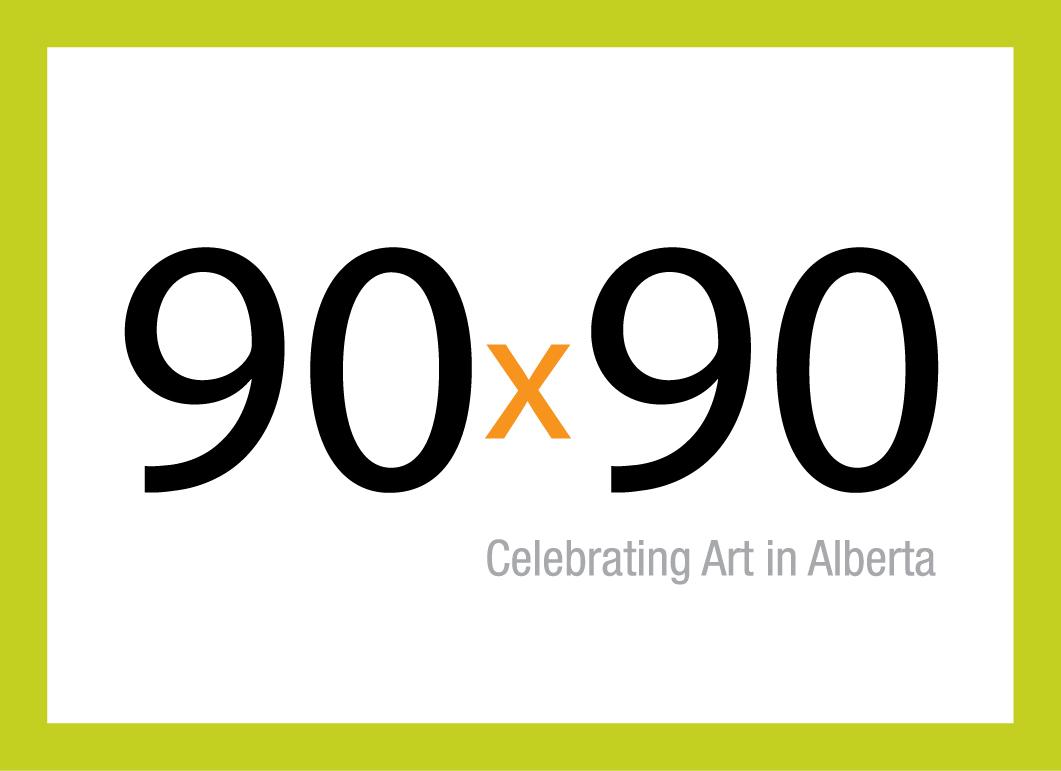 90 x 90: Celebrating Art in is a two part exhibition that has been organized to commemorate the Art Gallery of Alberta’s birthday. Inaugurated on August 17, 1924, the AGA is the oldest cultural institution in the and its only solely dedicated art museum. Taking the concept of the 90th birthday as a starting point, 90 x 90 features the work of 90 artists with artworks that were produced in the AGA’s life span: 1924 -2014. The task of selecting only 90 artists out of the thousands who have lived and worked in over the last 90 years was undertaken by a team of art historians and curators. More a celebration of art and creativity than an attempt to represent or write a history of art in the province, 90 x 90 features work in a variety of media: painting, sculpture, printmaking, photography, video and installation. The exhibition highlights the depth and importance of 's public art collections, with works on loan from the Alberta Foundation for the Arts, , the  at the and the AGA's own collection. As well, some works have been borrowed from private collectors or come directly from artists’ studios.

The size and scope of the 90 x 90 project has necessitated it being presented as two consecutive exhibitions, with the first section opening to the public on May 17 and the other on October 24, 2014. Each section features works from different decades and cities, and each is installed in roughly chronological and geographic sections, with installation groupings connecting threads of shared themes and interests. In this way, we hope that 90 x 90 provides some insight into the personality, complexity and dynamic interrelationships of 's artists and art communities.

90 x 90: Celebrating Art in is organized by the of and presented by Enbridge.