Close Talker has always strived to push their craft toward new uncharted territories. This summer, they are inviting the audience to join them and take part in pioneering a new, innovative form of live music consumption ...

END_OF_DOCUMENT_TOKEN_TO_BE_REPLACED 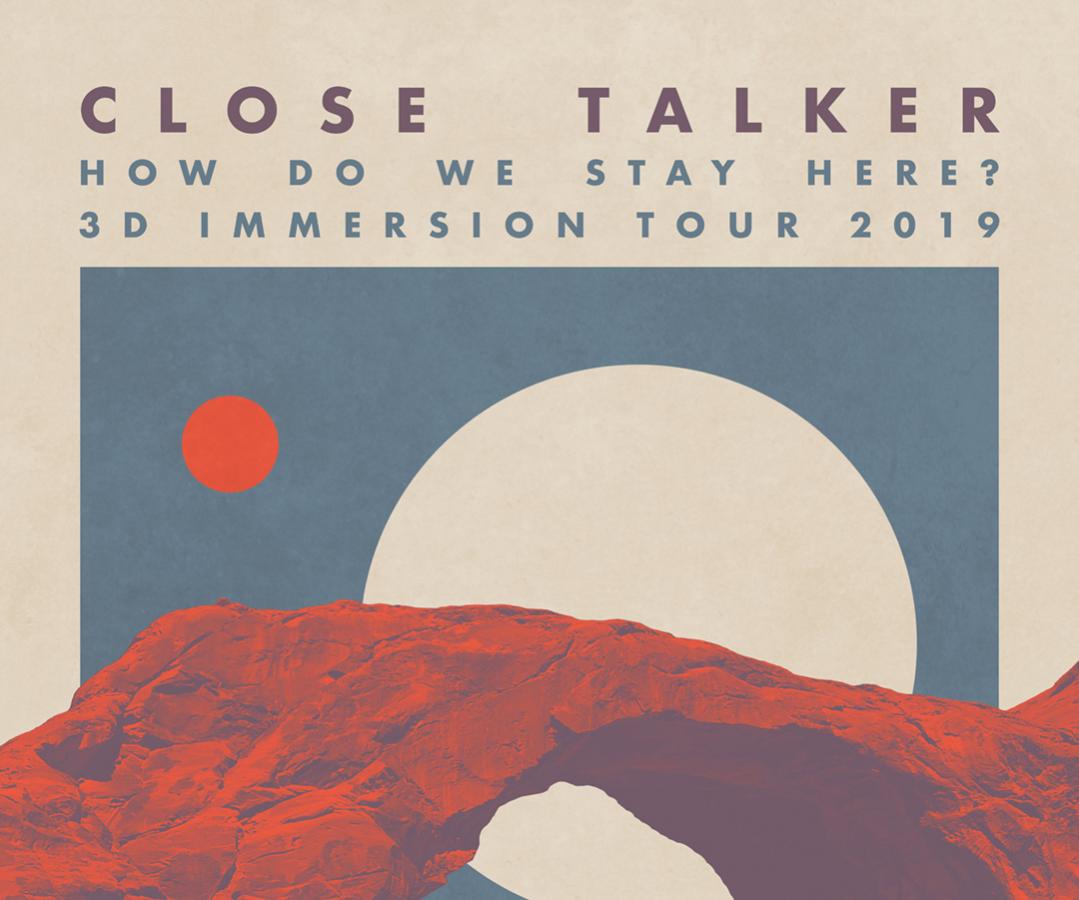 Close Talker has always strived to push their craft toward new uncharted territories. This summer, they are inviting the audience to join them and take part in pioneering a new, innovative form of live music consumption: a 3D-360 Silent Headphone Concert. The audience’s headphone mix will utilize cutting edge binaural mixing technology, live in real time. The sound will fully immerse the audience with instrumentation and voices orbiting and swirling around them on all axes, increasing the impact and depth of the band’s already acclaimed live show. Close Talker will be performing their new unreleased album How Do We Stay Here? from front to back. To heighten the experience even further, each performance will showcase a local visual artist who will offer their interpretation of the music and manipulate their craft live, offering a multi-sensational, immersive experience. The objective is to take part and invest in the power that music and art can offer, both on a personal and communal level. The goal is to create an environment where one can truly let go, if only for a moment.

Close Talker is an indie rock band from Saskatoon, Canada. The band has toured throughout North America and Europe, and has gained the attention and praise of notable publications such as NPR, Billboard, Clash, Spin, Q Magazine and COS. Having recently won Alternative Artist of The Year at the Saskatchewan Music Awards, the band is poised for a breakthrough 2019. Beyond Close Talker’s recordings and videos, the music comes alive with the band’s iconic live show that leaves audiences around the world satisfied, having left all inhibitions behind. The band works tirelessly to evolve every aspect of their craft, which has led to their strongest and most confident album to date: How Do We Stay Here? Available worldwide August 30th via Slow Weather (NA) and Sinnbus (EUR), How Do We Stay Here? marks a new chapter for the band. Close Talker, now more than ever, is interested in music that is timeless –music that won’t force the listener into feeling a certain way. To achieve this, the band approached each song following a code of instincts and honesty. It is an album the band wrote for themselves, in hopes that the songs would carry the same meaning in ten years as they do today.

Always striving to innovate and establish their own path, Close Talker is also set to premiere North America’s first ever 3D-360 degree Silent Headphone Concert Series. The band will be collaborating with visual artists in each city and performing their new album, front to back, all to a seated audience wearing headphones. The audience will experience real time 3D mixing, putting each listener in the middle of the band, hearing instruments and voices swirling around them. Collaborating with esteemed galleries and art institutions across Canada, the band is excited for their music to be experienced in an inclusive and multi sensational context. This will allow the audience to lose itself in both the immersive audio and the live visual components. Close Talker is fully pioneering this new genre of live music and is excited to utilize this technology in a meaningful and communal way.