On the Spot! 'Rembrandt Emerges' Pieter Lastman's 'The Angel with Manoah and His Wife' 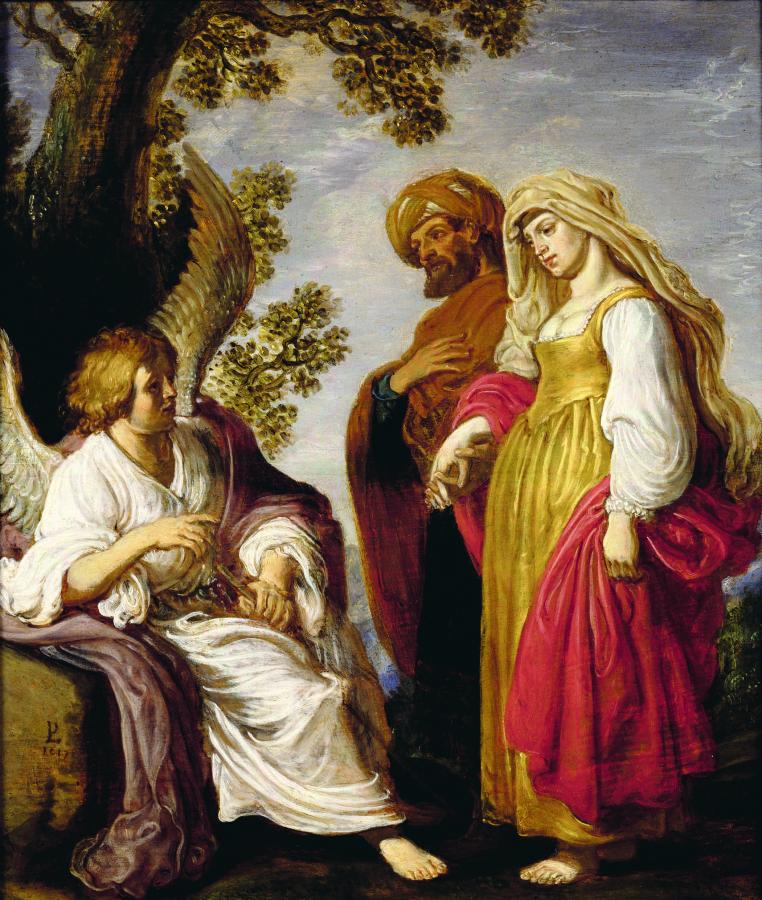 Leiden circa 1630: Rembrandt Emerges highlights the network of artists that Rembrandt was a part of as a teacher, pupil and peer. Rembrandt, like most artists in this period, was educated through a series of apprenticeships, including with Pieter Lastman, who painted this work, The Angel with Manoah and His Wife in 1617. Lastman was a leading member of a new generation of Amsterdam painters influenced by their travels in Italy and laid the foundations of 17th century Amsterdam history painting with his narrative style and introduction of new subjects and themes.

Pieter Lastman was Amsterdam’s most gifted painter of biblical and mythological subjects. In this work, he challenges himself to depict a conversation in paint. In the Bible’s book of Judges, a messenger of the Lord informs Manoah and his wife, who are barren, that they will become parents and offers instructions on how to raise their extraordinary son, the heroic Samson. The expressive attitudes—raised hands, tilted heads, focused gazes—convey the acts of speaking and listening and helped to shape Rembrandt’s naturalistic approach to representation.

The Angel with Manoah and his Wife is an example of the kind of subject matter and composition that Rembrandt would have studied under Lastman. Although he was eventually eclipsed by the fame of his pupil Rembrandt, Lastman's high reputation in the 1620s is what drew Rembrandt to travel to Amsterdam to study.

In commemoration of the 350th anniversary of the death of Rembrandt, this exhibition explores the artist’s formative years in Leiden.