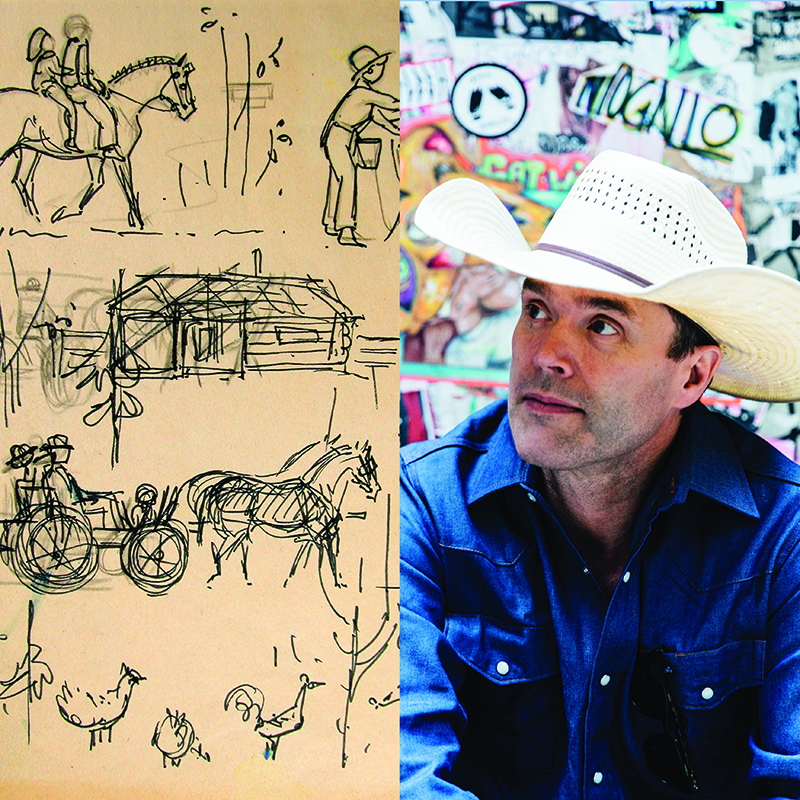 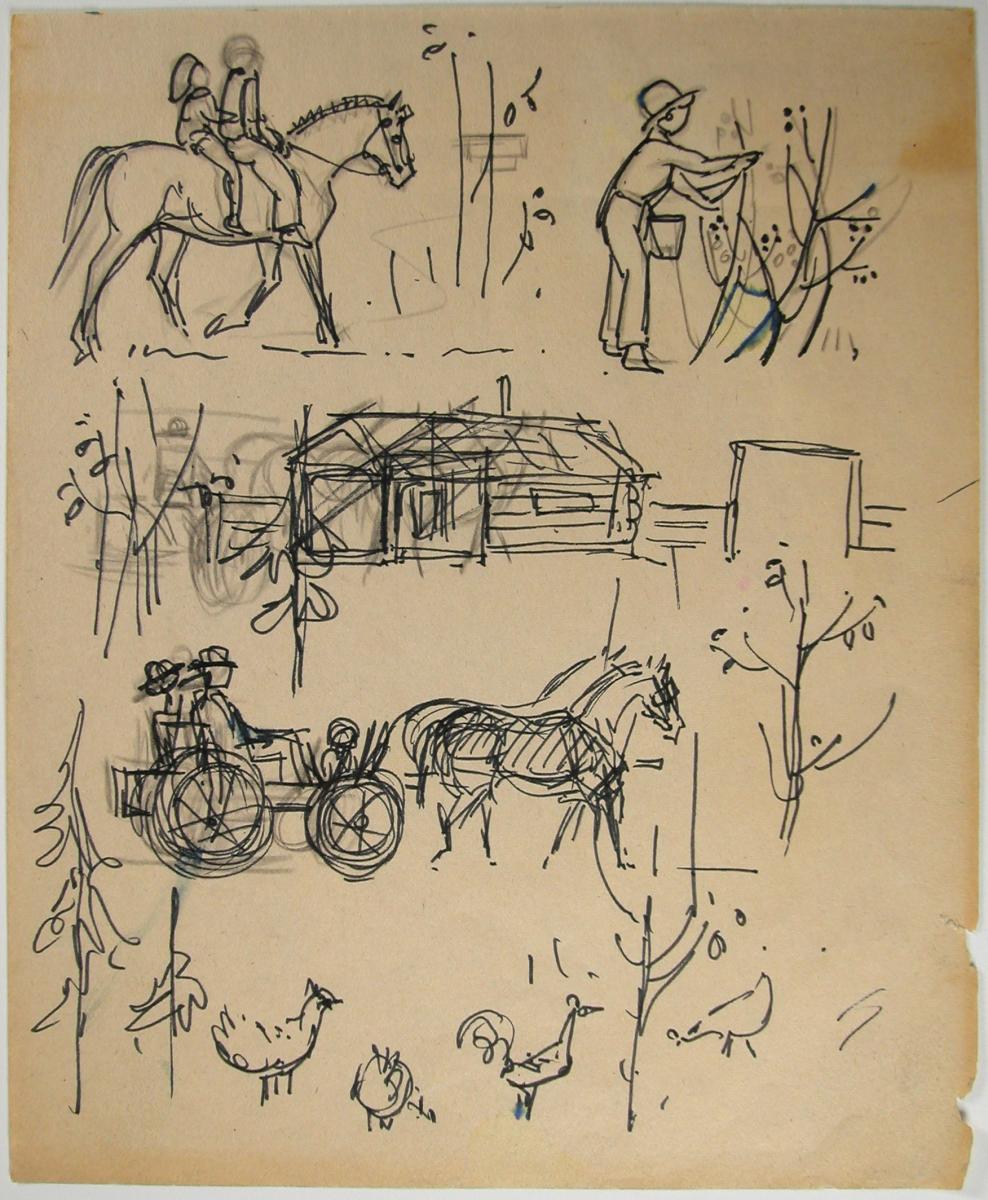 “I’ve always been fascinated by sketches and studies; sometimes I find them more interesting than finished work. Ink and pencil sketches remind me of raw acoustic demos of songs; sometimes those are more compelling to me than big produced tracks. I love the easy gesture here, and McNaught’s shapes, especially in the horses and the people. I could look at this kind of thing all day.”

Corb Lund is an alt-country singer-songwriter from Alberta, Canada. He grew up in a ranching and rodeo family in the foothills of Southern Alberta, then spent the early years of his career writing songs and playing bass for the indie rock band called the Smalls.

Currently signed to New West Records, Lund is an eight-time Canadian Country Music Awards Roots Artist of the Year, the 2017 BreakOut West Roots Solo Artist of the Year, and has many other awards and accolades, including a JUNO Award, under his belt.

Felt marker and graphite on paper

Art Gallery of Alberta Collection, purchased with funds from the Alberta Foundation for the Arts, an Alberta Lottery funds beneficiary