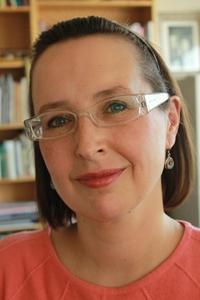 Tanya Harnett is a member of the Carry-The-Kettle First Nations in Saskatchewan. She is an artist and an Associate Professor at the University of Alberta in a joint appointment in the Department of Art and Design and in the Faculty of Native Studies. She has previously taught at MacEwan University and the University of Lethbridge.

Working in various media including, photography, drawing, printmaking and fiber, Harnett’s studio practice engages in the notions about politics, identity, history, spirituality and place. She has exhibited regionally, nationally and internationally.

Some of her exhibitions include:

She is included in collections such as:

She is the recipient of various grants that include the National Aboriginal Achievement Awards, Alberta Foundation for the Arts and Canada Council for the Arts. She was elected to the Royal Canadian Academy of Arts in 2015 and was awarded the Queen’s Jubilee Medal by Lt. Governor General of Alberta.