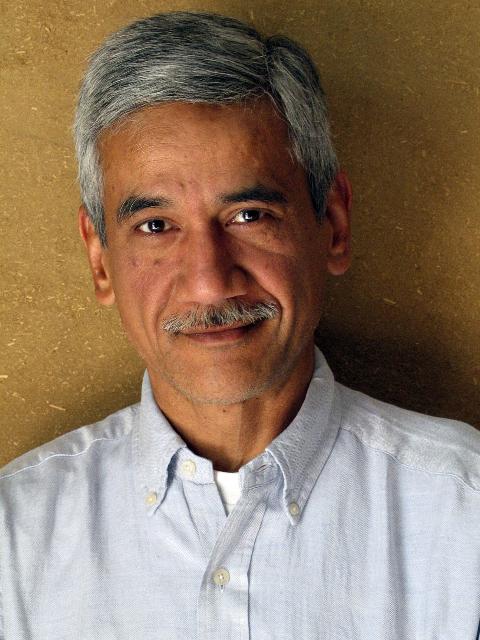 Sunil Gupta (b. New Delhi 1953, India/Canada/UK)  is a photographer, artist, educator and curator currently enrolled in a doctoral programme at the University of Westminster. Educated at the Royal College of Art, he has been involved with independent photography as a critical practice for many years focusing on race, migration and queer issues. In the 1980s, Gupta constructed documentary images of gay men in architectural spaces in Delhi, his “Exiles" series. The images and texts describe the conditions for gay men in India at the times. Gupta’s recent series “Mr. Malhotra’s Party” update this theme during a time in which queer identities are more open and also reside in virtual space on the internet and in private parties. His early documentary series “Christopher Street, New York"  was shot in the mid-1970s as Gupta studied under Lisette Model at the New School for Social Research and became interested in the idea of gay public space.

Gupta’s published work includes the monographs “Queer: Sunil Gupta” (Prestel/Vadehra Art Gallery, 2011), “Wish You Were Here: Memories of a Gay Life” (Yoda Press, New Delhi, 2008), and “Pictures From Here" (Chris Boot Ltd., New York, 2003). His latest show (with Charan Singh), “Dissent and Desire” (catalogue) was at Contemporary Arts Museum, Houston till April 29th and his last book, “Delhi: Communities of Belonging” was published by The New Press, New York 2016. His work has been seen in many important group shows including “Paris, Bombay, Delhi…” at the Pompidou Centre, Paris 2011 and is currently at Tate, Britain. He is Visiting Professor at UCA, Farnham, and Visiting Tutor at the Royal College of Art, London. He was Lead Curator for, “Where Three Dreams Cross: 150 Years of Photography from India, Pakistan and Bangladesh” at the Whitechapel Gallery, London and Fotomuseum Winterthur, Switzerland (2011). He was Lead Curator for the Houston Fotofest 2018. His work is many private and public collections including; George Eastman House (Rochester, USA), Tokyo Metropolitan Museum of Photography, Royal Ontario Museum, Tate, Harvard University and the Museum of Modern Art.