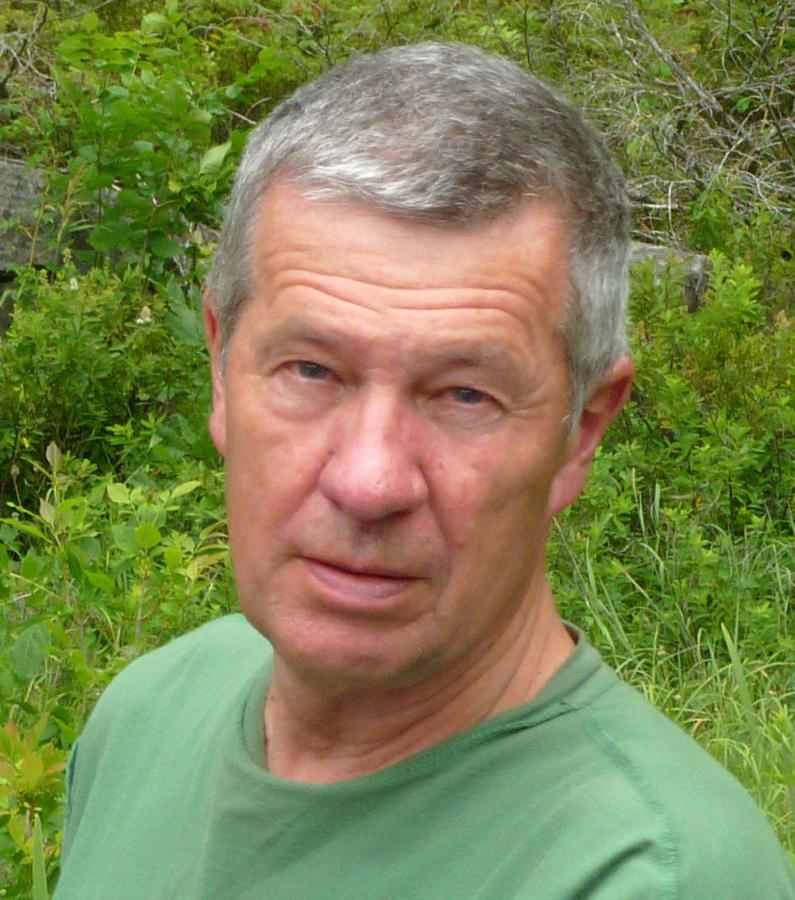 Courtesy of the artist.

Born in London, England on March 1949, Robin Collyer immigrated to Canada in 1957. He attended the Ontario College of Art, Toronto, in the late 1960s, and presented his first solo exhibition at the Carmen Lamanna Gallery in 1971.

Collyer's early black and white photographs, such as Shirley and Clint Eastwood, 1973, looked critically at the limits of the photographic image and its claims to authenticity. This questioning of what we are looking at and what it depicts continues to be a central element of his photo works.

His early sculpture shows the influence of minimalism in its geometric design, abstraction and unadorned materials, but with the addition of narrative elements. By the mid-1980s, Collyer had moved further away from his early minimalism to include photography, found imagery and text on the surfaces of his sculptures. Constructed from elements and materials that retain some of their original associations, these discrete objects preserve an open-ended narrative and function as contemporary metaphors. The influence of photography is always present in his sculptures, as in Vacuum Cleaner Building (after Walker Evans), 1993, which reproduces an architectural structure from a 1936 Evans photograph.

In 1994, he began a series of landscape images. Works like Temporary Hunt Camp (1994)show pristine, natural scenes, but reveal traces of human presence. These are anti-monuments to our passing through and to nature's ability to reclaim the landscape. In these images, and the urban photographs of the same period, Collyer shows a world where natural and the human do not exist in isolation, but inform and affect each other. Collyer has been commissioned to produce photographic works for the McCain Family, FRAC Centre in Orleans, France, and the Goethe Institute in Toronto. The series of "retouched" photographs, started in 1992, remove only text from streetscapes and interiors (Drugstore, 1996). Since 2000, the subjects of his photo work have been almost exclusively urban. Ironies and juxtapositions dominate these images. A recent series of double-exposure photographs combine opposites, like the homes of the rich and homeless, to create a complex and engaging image (Rosedale Valley Rd. dormers, 2008).

Photography, and in particular, digital imagery, has become part of both Collyer's sculptures and public works. Surfaces of objects have been covered with photographs (Round Ceiling Diffuser, 2000). A large public commission for the Canadian Embassy in Berlin uses a nature-based image integrated into the existing architecture (Canopy, 2005). Photographs and media images have been the starting point for three-dimensional constructions like Kennel, 2002 and Cell Door, 2005. Internet image searches form the basis for works such as Most Violent Places, 2005, and works in progress utilize digital tools to convert photographic images into 3-dimensional forms.

Robin Collyer has exhibited his sculpture and photography across Canada and the United States, and in Germany, Austria, Switzerland, England and France. In 1987 he exhibited at Documenta 8 in Kassel, Germany, and in 1993 his work represented Canada at the Venice Biennale. In 1999, an exhibition of Collyer's photographs was organized by the Art Gallery of York University, which then travelled to the Canadian Museum of Contemporary Photography and the Centre photographique d'Ile-de-France in Pontault-Combault, France. In 2012, Le point du Jour, in Cherbourg, France exhibited a large survey exhibition of his photographic work and sculpture.