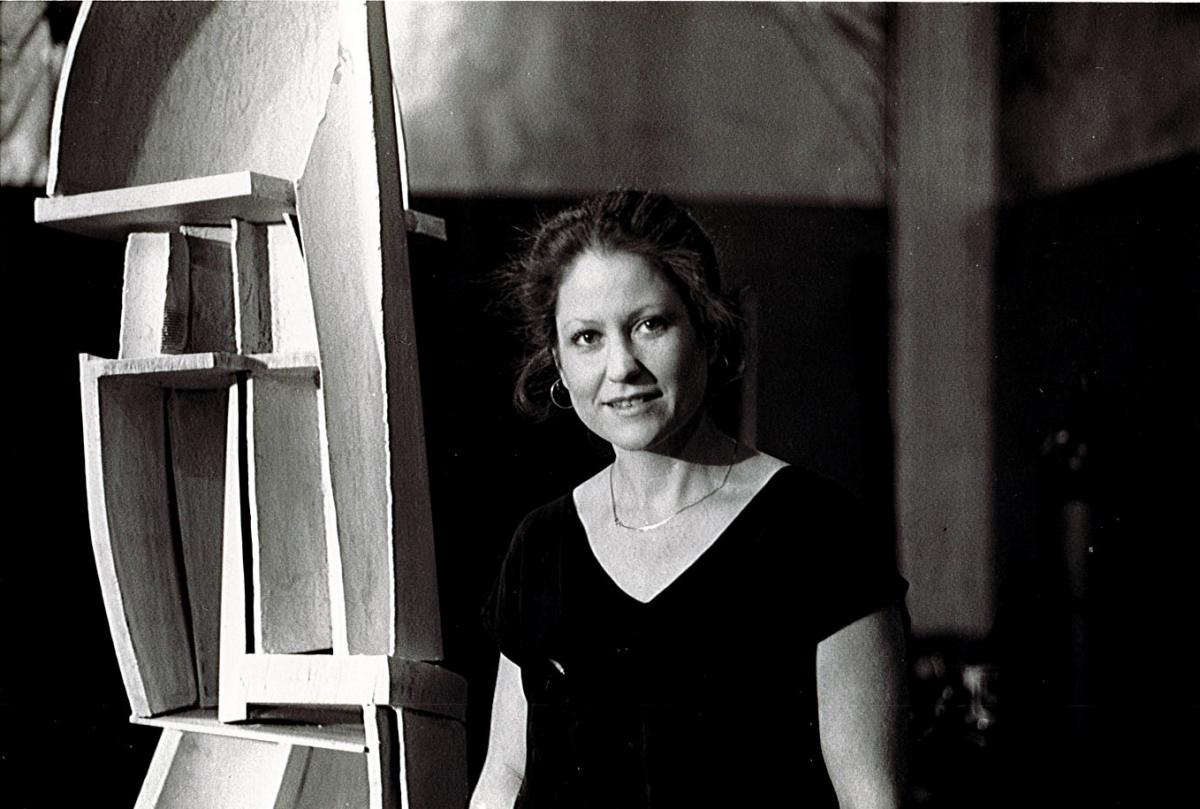 Isla Burns was born in Calcutta in 1952. She travelled frequently between five cities: Bombay, Monghyr, Saharanpur, Calcutta and Gauhati. This time and these places left an indelible visual memory which later became a deep source of inspiration in her sculptures. In 1963 she attended a convent school in Scotland. Edinburgh. Edinburgh, with its international festival of culture was another important exposure to painting and sculpture as well as theatre and music. During her last two years at the convent she became a day student and enrolled in night classes at the Edinburgh College of Art. She studied drawing and sculpture.

In 1970 her mother took a job at The Cross Cancer Institute in Edmonton as a radiation oncologist specializing in breast cancer. She arrived in Edmonton in January 1970 and immediately enrolled in the Alberta College of Art in Calgary where she studied under Katie Ohe and Ole Holmstead. She concentrated mainly on figurative sculpture and later abstract sculpture. It her third year she took an apprenticeship welding course at SAIT. After working with numerous materials, clay, plaster, wood, plastic and resin she discovered steel. This was a major turning point and her love for this material continues to this day.

In 1975 she went to the University{y of Alberta to take an MVA in Sculpture, working in steel but also continuing with her interest in portraiture and the figure. In 1978, the year she graduated she received the Beta Sigma Phi Award in Art and Design. Isla was offered a job after graduating at EBCO industries in Richmond BC. EBCO had recently been contracted by Boeing in Seattle to fabricate freight carriers. The job included riveting and welding Aluminum. She was the first female EBCO had ever hired as a welder. The respect of her foreman lead to her teaching riveting to other employees. She established a studio in Vancouver and started making sculpture. A year later she moved to Saskatoon where she also worked as a welder repairing centrifuges for the oil patch. She established another studio and was soon showing at Art Placement and had a large sculpture purchased by the Mendel Gallery.

In 1983 she returned to Edmonton and started teaching at the University of Alberta. She has taught there for 3o years. In 1991 she was awarded a commission from City Hall in Edmonton to make a 3 ton stainless steel sculpture. In 2002 she received an Award for Excellence from the Alberta college of Art and Design. Additionally, in 2002 she was accepted into, The Royal Canadian Academy. In 2013 she was inducted into the Cultural Hall of Fame in Edmonton. Isla has worked and exhibited in the UK, USA, Spain and Greece. In Canadas he has exhibited in: Calgary, Edmonton, Saskatoon, Winnipeg, Toronto, Sault Saint Marie and Ottawa.