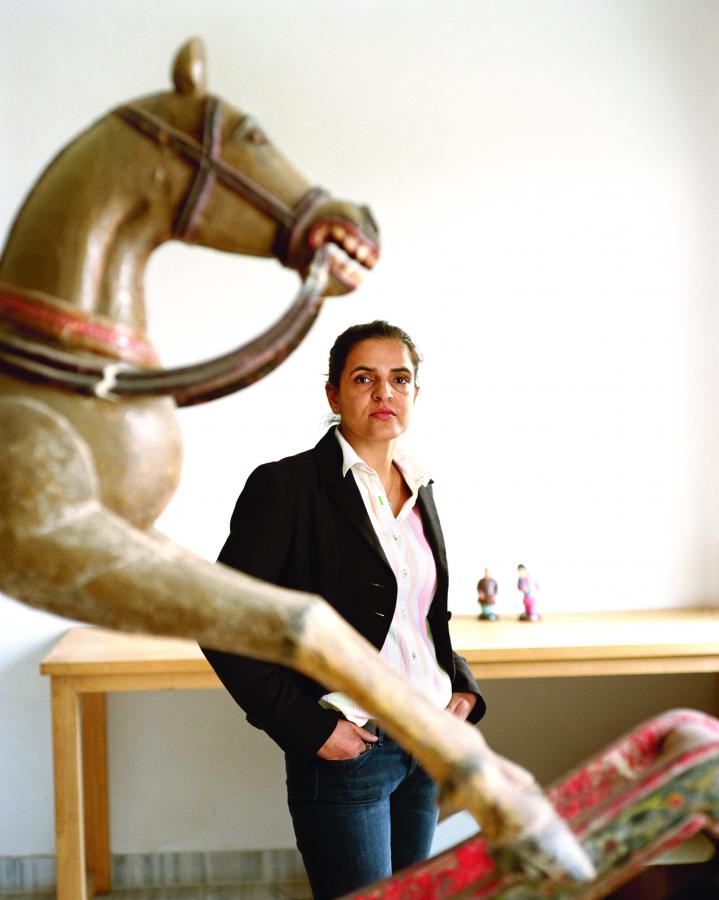 Bharti Kher was born in 1969 in London, England and has lived in New Delhi, India, since 1993. She studied painting, graduating in 1991 from Newcastle Polytechnic. In 1992 she travelled to India, deciding to live there permanently. Kher's practice is radically heterogeneous, encompassing painting, sculpture and installation. Overarching themes within her work include the notion of the self as a multiple and its interlocking relationships between man, animal and associated notions of hybridity. She manages to link abstraction and figuration through her practice and exploits the drama inherent in objects, tapping into mythologies and the numerous diverse associations a thing or place can bring.