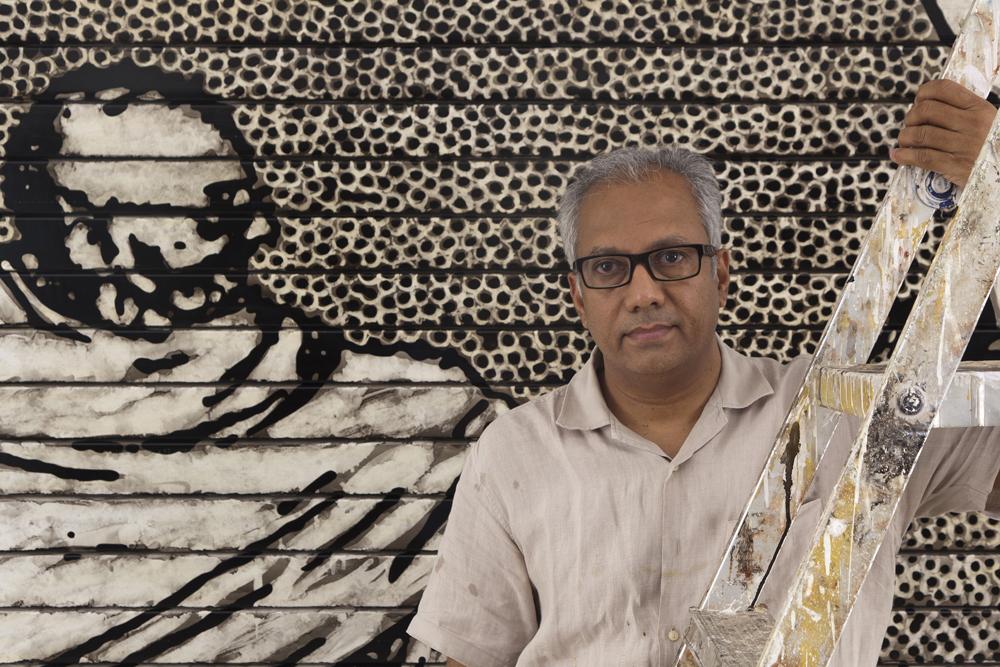 Trained in both Mumbai and Paris, Atul Dodiya became known in the Nineties for hyperrealist paintings depicting middle-class Indian life and for his watercolours and oil series on Mahatma Gandhi. The paintings by Atul Dodiya are populated by diverse traditions in painting, the written words, images from the media and of saints, legends, national history, political events, traumata and autobiographical narratives. His allegorical paintings on canvas or metal roller shutters and watercolours may be aggressive or poetic.

Atul Dodiya has had more than 30 solo shows in India and abroad, which includes a mid career retrospective at Japan Foundation Asia Centre, Tokyo in 2001, a solo show in Reina Sofia Museum, Madrid in 2002, Contemporary Arts Centre, Cincinnati, US in 2013, a major survey show of his work held at the National Gallery of Modern Art, New Delhi, 2013, Bhau Daji Lad Museum, Mumbai, 2014-15.